So why all this negativity? Well for a camera that wants to compete with the smaller 1″ sensor but better overall featured Sony ZV-1 with excellent dual pixel tracking AF; the G100 is limited in a variety of ways. The 5x stabilization will only work in 1080p and be only electronic in 4k.  4k itself only lasts 10 minutes which is very constrained for 2020, maybe for 2016 as a spec but not 4 years later. Dig in for more info! → Continue Reading Full Post ← 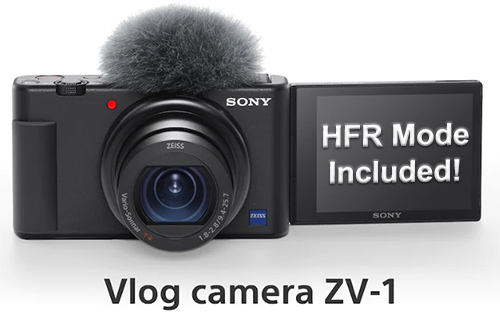 The Slow Motion modes remain identical to the Hero 7 Black of last year as it still uses the same GP1 processing engine which was released over two years ago with the Hero 6 Black. By now it would have been ideal to see an updated processor and sensor combo to get even higher frame rates like 4k 120p and 1080p 480fps but GoPro has decided to press the last drop of juice from their custom chip investment to keep up with their restructuring goals. → Continue Reading Full Post ←