The Vimble S campaign was aiming for about 50k USD to fund it’s manufacturing operations and initial expansion. Much to the surprise of everyone it was funded in less than two days and now aims for a 100k USD funding ceiling and maybe more. It supports several smartphones including the iPhone 7 and Galaxy S7 with their own custom iOS and Android App!

As you can see the Vimble S is a refined product that is fully functional. Expected delivery of the first batch is in January 2017 with other 2 initial batches following soon after in February.

As you can see above the ViCam app for iOS and Android will support 720p at up to 240fps on phones that are capable of recording at that spec.  Their app talks directly with the Gimbal and the hand-grip buttons to allow zoom and parameters like exposure, focus and white balance which are sorely needed from most OEM phone video capture apps. The frame rates supported on the App are:  23.97, 30, 60, 120 and 240 fps depending on your phone’s ability to handle then natively.

As you may have experienced a piece of footage on the phone can change focus abruptly as the phone sees fit and locking focus is a frustrating exercise.  The ViCam app will let you lock Focus and exposure to get a more pleasing shot.

Face Tracking in the Camera App with follow mode. 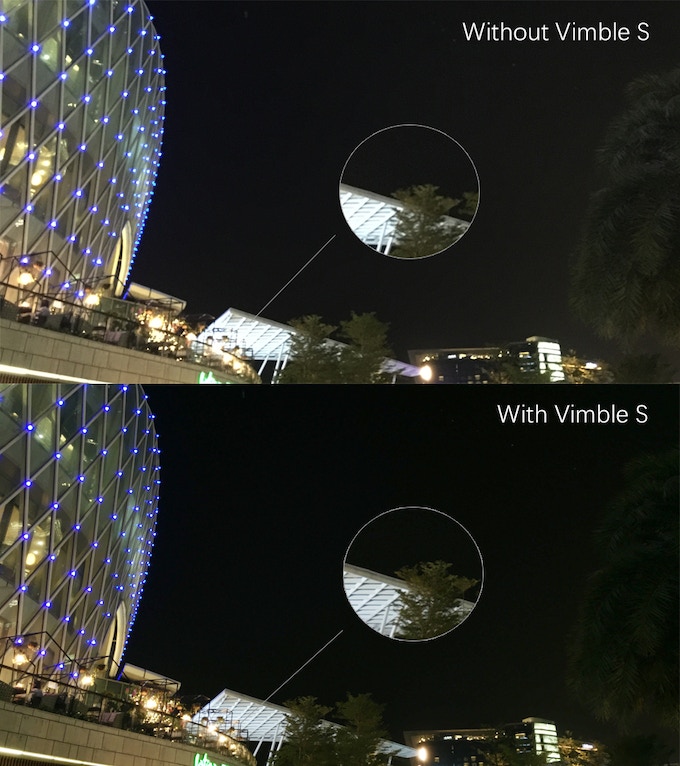 Timelapse mode inside the App with Y rotation:

Zoom mode in phones that support it:

The Vimble S will start shipping in January for Batch 1 and February for batches 2 and 3.  Pricing starts at $197 USD for the early bird funding option.  See the campaign page for more details and to order one if you like! Click Here!

Disclaimer: All crowdfunded projects like Kickstarter have an element of risk. You may not get the product order if the company fails in any way. Do your own due diligence prior to backing any project. We do not advocate the direct purchase of the Vimble S.

The main competitor is the DJI OSMO Mobile at $294.99 and it is probably the best option out there today for phones. It is $115.99 more expensive than the Kickstarter Vimble S with what appears to be similar features but with a little less in the way of app features. However you also buy from an established leader brand where you can return the product if it fails easily.   If that is worth it to you then the DJI OSMO is the clear choice however this Kickstarter project does show what is possible with current technology and component commoditization.

There are also many copycat clones for Phone Gimbals See the selections below for details including the OSMO:

HSC- We hope to have more info and features of the app in slow motion as they become available.  In the mean time check their campaign site if you haven’t already.   Innovation is happening around the world and it is great to see young people push it forward. 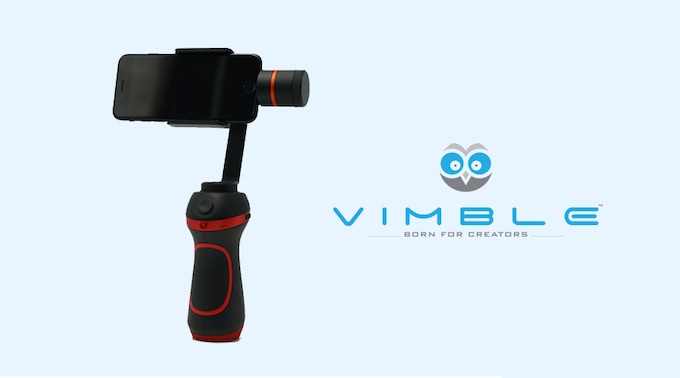