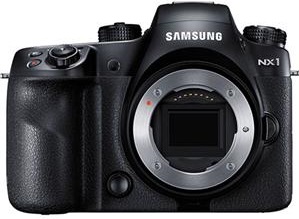 Samsung has released an update to the Samsung NX1 4k Camera firmware now (Version 1.3) that among other things it improves the ease of use and selection of the high speed slow motion video 120fps mode.  The improvements are varied and even ad a new USB control application to interface with the camera.  Minor bug fixes and enhancements in workflow and usability are also added. The list of goodies below:

HSC: This is quite an update and bug fix combo.  The USB control interface is icing on the cake. It is great to see that manufacturers continue to improve firmware as a camera ages.

The Lumix G7 does many things right; it has 4k video with about the same quality as the GH4, it has a better 4k picture mode and has a very much improved live focus tracking in video.  However for slow motion fans the Panasonic Lumix G7 maxes out at 1080p 60fps in NTSC and 1080p 50fps in PAL mode.

As a slow motion camera it is not even in the running these days, as a 4k camera it has a lot going for it.  It would have been nice to have a 120fps mode on this lower cost Micro 4/3 option.   That silver version looks very nice. HSC will not cover the G7 going forward as it lacks a true HD slow motion mode.