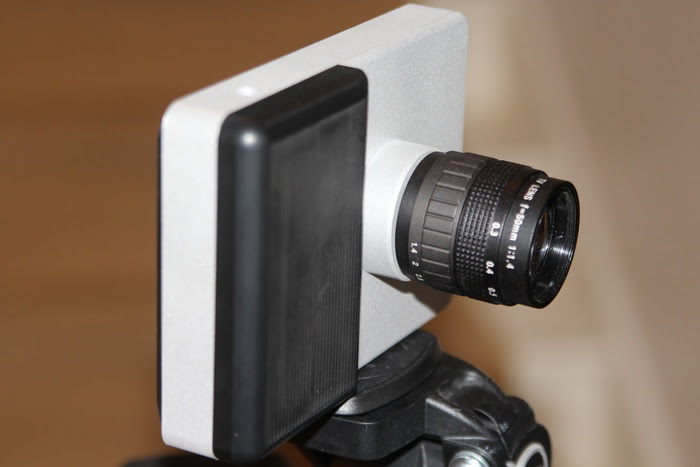 A lot has been happening behind the scenes with the fps1000 camera and we get a glimpse of those in the latest update published today by Graham Rowan.  Many are waiting impatiently for the camera but have decided to wait it out to get a better and more solid product.  If you look at the early fps1000 camera design the current iterations are light years ahead in capability and build quality. That of course comes at a cost in both price and time but it is nothing sort of a small miracle that the camera continues to progress further with more iterations of the motherboard and aiming to pass EMC and FCC Testing in order to ship.

There is a lot to digest in the update and we will post and analyze the information below. We have cleared a couple of points with the creator in order to have  a more informed opinion but on the whole we feel a camera be it the silver, gold or platinum will probably ship by the end of this year or early 2016.

It’s been a little over a month since the last report which is longer than I’d like. There has been a lot happening in the last month so here goes…

I left you last time just going into EMC testing. This has been a focus for this last month – it is an expensive process and also a mandatory one which really focuses the mind on getting things right before committing to production. But first…

If you’ve been following my previous updates you’ll know that this has been one of my biggest challenges in this project. The case that you saw in the last update was, in my opinion, solid and functional if not super attractive. However, the biggest problem with it was the cost to manufacture. As I got prices for quantities I realized that it was not really viable, especially for the Silver model which has almost no profit margin. So I faced reality and decided to go for one more iteration. This may be a little painful now but could make the difference between the camera being viable or not.

Luckily, I am getting the hang of this a bit now and I know what is likely to be expensive and what’s going to be viable. With a week or two of intensive work with a designer I’ve got what I hope now is the final version. It’s very much cheaper to make as it consists of formed metal and molded plastic parts rather than being fully machined. I can also get them made quickly thanks to specialist companies offering rapid production services. I am pretty pleased with the new design and it is half the weight of the previous version. Additionally the lens mount and tripod mount are made from stainless steel which is much more hard wearing than the original aluminium parts. The pictures show a prototype – production units will be all black.

HSC: There is no question that a full metal case could be better but we feel that the new design shows a better hand grip design and a good compromise in cost and quality. The final case will be all black and the stainless steel mount will be tougher. It is also easier to put the IR filter on or off on the back of the mount than before so that capability is still there.   The case looks refined now and should be the last iteration, it will also probably be easy to adapt waterproof casings if needed to protect the camera from splashes while capturing fluids.

The completion of EMC testing has had to wait for the new case otherwise I’d have to go through the whole process again. Hence the urgency on getting the new case design. This is scheduled for next week.

HSC: we have in good authority that EMC testing is very close to pass with only a few modifications that were made in the latest board design. The camera should be able to pass with flying colors when it goes through the trial. Crossing fingers!

I have the first batch of production boards back ready for cases. First cases will be here 3 weeks after EMC testing assuming all goes well. I know this incurs an extra delay but I think it is a necessary one. I have a small quantity of the original cases and I will consider shipping these to people who are desperate. Please message me if you would like to be considered for this option. I would, however, recommend that you wait for the new case.

HSC: We recommend everyone waiting for a camera to wait for the new case as it will standardize the build up and troubleshooting. Getting a camera a few weeks later is a small price to pay to get a hand grip and a final case.

As compensation for this delay – or just serendipity – there are two bonuses that have come out of the move into production.

Well, actually it never went away. I decided some time back that I was never going to have the time to commission the USB3 port on the camera – I didn’t want to delay the camera any more so I reluctantly announced that it was not going to be available. However, in the last board iteration I swapped out the USB3 chip I was using for a new one that is ever so much easier to program. And, lo and behold, it now works. So I’m very happy to announce that all cameras will have the USB3 port as standard as originally promised.

HSC: USB3 is a great addition as in theory it will allow monitoring and file transfer to the computer at much faster speeds. As for portable storage compatibility we are still not sure how it will work but it could be that you will be able to connect a portable Hard Disk or SSD and backup in the field to drive without a computer. However this is all speculation and for now not a feature. In the future we will see if this pans out. This is a happy accident of sorts but one that will have good use.

Consider this one a gift from me for your patience. It applies to Platinum and Silver models only as I explain below.

There’s one aspect of this camera that I’ve been working on in the background for a long time to try to come up with a nice solution. You will all be aware that the fps1000 is unique among high frame rate cameras in that it has a very high capacity frame buffer memory that allows you to record well over a minute of full frame rate raw video thanks to the use of flash memory. But there’s one problem with this – flash memory needs to be erased before it can be written to. I’ve come up with a number of innovative solutions to this, all of which involve some sort of compromise and don’t allow easy use in a rolling recording mode (i.e. continuous recording, eventually wrapping around the beginning of the frame buffer).

HSC: Continuous recording is the camera continuously recording images at the pre-defined settings/frame rate and when buffer fills up it restarts from scratch. This is needed for Pre-Trigger as it will allow the camera to capture the action after it has happened so triggering record will not miss the action but use a specified amount of seconds before to record it. This is a common feature in high speed cameras. Besides this if you are recording a full video you do not want it to overwrite already recorded initial frames so this will fix that.

fps1000 – Until now! I’ve finally cracked the auto erase problem so now you can just press record and have it record in the way you’d expect without having to worry about how the memory gets erased. The only technical problem with this is that it needs more memory bandwidth to achieve. So, because I want this to be the best high frame rate camera available I’ve given the fps1000 more bandwidth with the lucky side effect that it doubles the memory. So Platinum cameras now have 64 GBytes of memory as standard and Silver and Gold have 32 GBytes. The Gold already had 32 GBytes, so unfortunately there is no gain here. This is enough for around 2 minutes of recording time at maximum frame rate.

HSC: As Silver and Platinum rejoice do not feel bad for Gold as the cameras will be able to support the feature because the 32 GBytes of memory were already enough.  2 minutes of recording time is unheard of in many high speed cameras which usually record only a few seconds.  This poses the question of cost or loss for fps1000 as the Silver camera is now twice as capable memory wise which is a fantastic upgrade to an already cheap option.  These cameras will have to go up in price considerable for new orders in turn to fill costs of extra memory.  A Silver camera is an unbelievable value right now.

Graham Rowan: Today I got back my first 4K sensor boards for testing. There’s not much to say but show you a picture. The 4K has been progressing in the background. The timeline for this depends on how well testing goes so there’ll be more on this in the next update.

HSC: It is fantastic to see the 4k fps1000 camera progressing ahead with as of yet still secret sensor choice. Could it be a Panasonic made part?    The board is packed with Ultra Fast Flash Memory which on the 4k camera will be 128GB worth of it. We wish we had more to share about the 4K model as it is also our awaited ordered camera here in the lab; But this image will have to serve for now.

Once EMC testing has passed it will be a matter of assembly, testing / Quality Control and shipping.  Software should be able to migrate between all cameras easily as the board designs and chips should be the same across all platforms with Memory size being the main differentiation along with of course the sensor block. Things are getting much closer to getting ready, too bad we just have to wait a little longer.

Stay tuned as we will cover the fps1000 and other developments at HSC. Thanks for your support, by buying or visiting our sponsors you make this site continue to work for you and others!

All images and videos of the fps1000 are provided by Graham Rowan and fps1000 for this post. These pictures are (C) copyright Graham Rowan/fps1000 2015. Thanks for providing them to us!