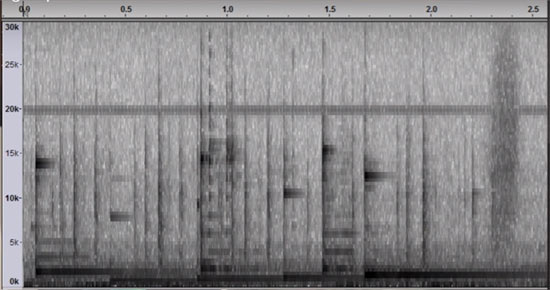 Nick Moore the creator of the Youtube channel of the same name has done a primer video on the recording of audio along with high-speed video.  He goes into some detail about the usability aspects and limitations of recording audiothat is usable. Interestingly it can also mean you are better off faking the audio in post production for a better effect especially if you want it for a movie or tv show that demands quality audio.

The frequencies needed and data capture rate matter a lot in slow motion audio recording.  In the end, it is a balancing act of what can be heard by the human ear and what you can exploit on reasonable time frames. It is much easier for example to record audio up to 240fps but it becomes increasingly less usable the higher the frame rate goes. At 1000fps you probably will not have anything worth keeping.

We are fans of slow motion audio when it works like slowing peoples voices or capturing the rumble of a hit or explosion. However, most of what you hear on the subject has been doctored in some way or another to get usable sound at higher frame rates.   Keep the frame rate low and use audio only when it adds something to the footage that improves it in some way.   Most of the time you may end up faking the audio just to get something your ear can stand or hear.

You can subscribe to Nick Moore’s Youtube channel to see more great videos on a variety of subjects here!