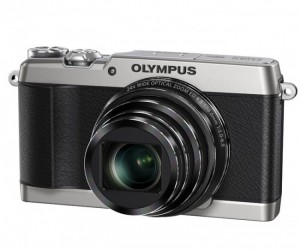 Besides the pretty exterior of a retro-feel classic camera trapped in a small sensor point & shoot, the SH-1 has a Slow Motion 120p 720 video mode built in that might be of good quality coupled with the new sensor 5 way stabilizer .

While a PEN style P&S camera may not appeal to everybody the stabilizer in this lens and sensor combination is a fantastic performer.

We don’t expect the slow motion 120F 720 mode to be free from artifacts as the SH-50 released earlier in the year shows heavy resolution problems. It could be improved technology but we are not holding our breath. Good to see Olympus getting on the slow motion train in some measure.

The camera is released on April 30th and you can already pre-order it on Amazon here!