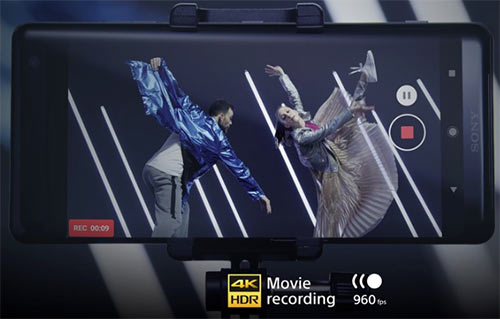 The just released Xperia XZ3 had a lot of rumors surrounding the slow-motion capability which was to be a cut above previous releases but as first-hand reviewers have shown, the camera module is carried over from the XZ2 and what the phone really changes are the first ever Sony OLED display in HDR, larger battery and a larger screen as main feature changes.

How will the 960fps mode look?

We think the camera being the same sensor and hardware will yield identical results in slow motion to the Sony Xperia XZ2 which did ok but not great in the resolution department as there is line loss at the 960fps speed.  We have added some samples from the XZ2 until the XZ3 samples are available so you can see a clear expectation of results.

If you need it for the slow motion only then you should definitely take a look at the older XZ2 which has the same camera performance. Also take a look at the Galaxy S9, S9+ and OnePlus 6 as alternatives. Also, the new iPhones will be announced in September so you should wait and see what they come up with as upgrades to the camera module.   We will have some XZ3 samples when available so you can compare to the XZ2 and others -HSC