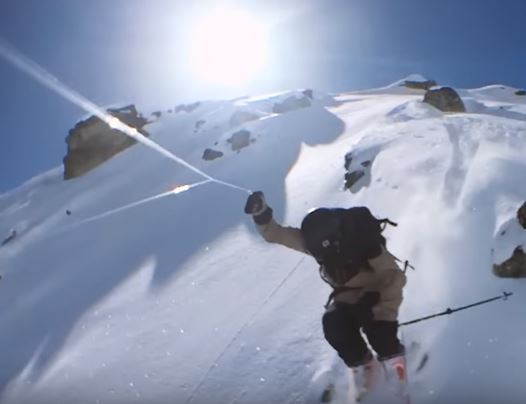 He is working on a behind the scenes video “Making Of” which will show how he was able to do it in terms of gear, the tether and the skills necessary to pull it off.   In theory a tether like this could be used with even more slow motion capable cameras at higher frame rates for an even greater effect.

The result as you might agree is nothing short of amazing and while the technique required, an arm to be rotating the tether cable to create the force in a continuous manner without a mechanical contraption, that could pose dangers in itself.  The contraption mount needs to be perfectly balanced to always point straight. The physical skills necessary are much more advanced as you have to forego the use of one arm for stabilization. Which means it’s not for everyone.

Sometimes you think all has been attempted before but then comes a clever guy with an idea that changes all that.   Congrats to Nicolas Vuignier for being the first centrifugal extreme iPhone videographer.