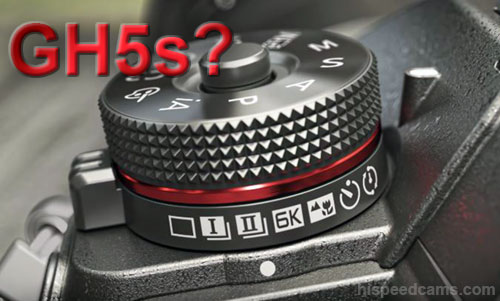 The video that started the entire speculation craze the past few days from Neumann Films showing a supposed GH5s Panasonic camera with a red colored dial akin to that of the recently announced Lumix G9.  We have downloaded the video and isolated the video frames where the red dial is visible and scaled it for easy showing.

The camera is in our interest because it may offer 4k 120fps in its specs according to the rumors. In our findings, the supposed GH5s camera is nothing more than a plain GH5 camera that is momentarily reddened by a compression artifact set of macroblocks that changes to a red hue after a light change, then reverts back to normal. In our video analysis, you can clearly see the effect.

As you can see it could be a really important camera announcement for high-speed enthusiasts as the sensor would be capable of full 4k resolution shooting 120fps. Of course, the camera needs to be able to cope with those data rates which in turn will need a very large buffer and newer processing which may or may not be part of the package.  A 60fps 4k mixed exposure from the 120fps capture at two exposure values for HDR much like the Canon implementation works is a better guess for the use of these capabilities. If however 120fps at full 4k is also preserved we will be excited. Until December 15th give or take one day we will not be able to tell if the leaks are still contained, but one thing is for sure, there is room for a lot of hardware innovation in the high frame rate space yet to be explored.

GH5 Rumor Video Analyzed by HSC from Neumann Films Below:

As you can see from the video above it is clear there is no smoking gun here, it is a regular GH5 camera. As for other rumors like the Casey Neistat one on 4/3 rumors here, we have no opinion except that if it is supposedly a low light camera why are they filming in full daylight? Our guess is that this is another fabrication to generate interest in as of now unleaked images of a rumored camera.

Jon Houldsworth a camera enthusiast & filmmaker got a hold of a 4k copy of the video we analyzed “We got a 2k Copy only”  In his 4k download you can clearly see the camera does have a red ring and also has the exact same body as the GH5.   We are now waiting for mid-December for rumors to become a real camera announcement by Panasonic.    No real confirmation exists as of yet and Jon says the video has not been altered. We have a screen grab from his video below showing the red ring.  Let your imagination run wild! 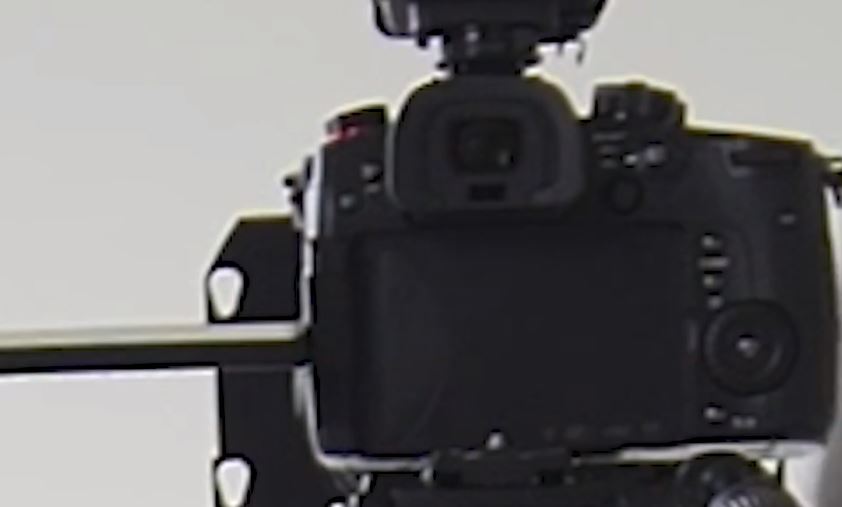 Full video by Jon Houldsworth explaining the whole red ring leak rumor history.  The full red ring zoomed 4k version is at the end of the video from where the screen grab above was extracted.

Camera Rumors and Conspiracy – GH5s – The Truth is Out There:

The full Neumann Films Super Secret Project video here below for your enjoyment, must watch:

That is all for now, please comment below and join the rumor discussion -HSC