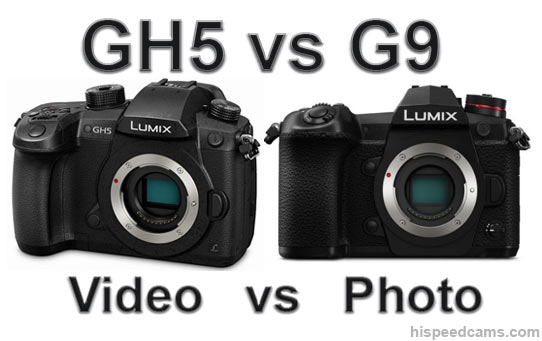 So based on that quote it will be a matter of testing the camera and seeing if it really is improved compared to the GH5 in that aspect.  Panasonic may have stumbled on an improved algorithm with the G9  development team and it should be ported ASAP to the GH5 in order for it to remain competitive in this very important video-centric spec.

If the G9 has better video AF than the GH5 it means that the Photo centric camera is better at AF in continuous video mode than their dedicated video product which seems like a cruel joke.  We expect Panasonic to keep improving the GH5s video AF algos to be not only usable but dependable in continuous focus tracking of people and other subjects and fix the Achilles heel spec that compared to the competitive Phase AF cameras still falls flat.  A much improved GH5 AF in video mode could be the killer weapon for longevity sales of this camera.

In our view seeing as the G9 and GH5 share almost the same electronics, it should be entirely possible to port the AF algorithm for video mode intact and call it a day.   Panasonic should get working on this immediately!

In a perfect world, we would only have a single camera for photo & video but the G9 should be your micro 4/3 camera choice for stills, there is no question. If you also do limited video you are going to be easily content with the G9 as it has 4k 60fps, 1080p 180fps and 24,30 4k and 1080p modes. This is better than most cameras the competition has to offer.

However, the time limits, lower bitrate codecs, lack of 120fps 1080p slow motion which is free of artifacts, & lack of 10 bit and lack of video aids besides peaking means this camera is severely undercut by the GH5 in motion recording.

The GH5 is also a very good stills camera with 12fps shooting, the same sensor as the G9 and for the most part the same image quality in RAW with only JPG being a little better and cleaner.   The viewfinder while not as good as the G9s is still excellent as is the AF speed at 0.05seconds instead of 0.04sec on the G9 which is negligible.

If you already have a GH5 then you are set with still the best m43 camera out there in terms of hybrid performance. If you are on the fence then the G9 is worthy for stills primarily and the GH5 for video which is the Panasonic intention by creating this camera in the first place.

For slow motion there is no question that the GH5 should be your pick which allows for better color retention, better frame rate selection and higher bit rates which in the end matter a lot to quality footage.

We are still probably a year and a half away from a GH6 and that camera should be outstanding and a clear upgrade from both the GH5 and G9 of today with features refined, AF that should eclipse the current offering and maybe 6k or 8k non-anamorphic video with 240fps 1080p and 120fps 4k to boot if we are lucky.

Maybe Panasonic is listening and planning for a GH5 Mark II by mid next year with improved AF and a body closer to the G9 with the red accents, now that would be nice! -HSC

6 thoughts on “Panasonic G9 vs GH5 for Video Compared!”