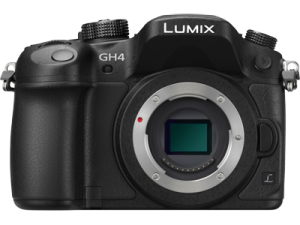 We have been closely following the GH4 since leaks started appearing a few months back.  Initial rumors said that 1080p 120 frames/sec will be included as-well as a 240 frame 720p mode.  The hype machine was running full seam back then.

When the camera specs were announced and the dust settled we were left with a 96 frame Full HD 1080p camera that claims to be full quality in a variable frame rate mode “No Audio Recorded in This Mode”.   What of the 240 720 mode? It seems the camera has done without even the 720p specs of older GH cameras.

The below Full HD resolutions are relegated to these lowly specs:

Gone are the days of 720p being an important video format in these Panasonic cameras. Seems the camera world has finally moved on from 720p and have welcomed 4k with a big hurray!

Unless the hackers at Personal View can extract a usable 720p mode out of this camera, there is no real benefit of using this resolution with such a low bit-rate.  The camera should be able to extract 240 frames from 720p if there is no hardware limitation. The camera by pulling 96 frames of 1080p is actually playing it safe in the heat department since 4k data at 30 frames is 4x 1080p or 1080p 120 frame video.   A 720p 120 mode should have been a given in this camera considering even a Gopro Hero 3 can muster that spec. Wonder why it was omitted, some people hint at the new Panasonic Varicams being too close in specs regarding hi frame rates so the camera was artificially limited. However we have no real official information to support these claims.

It means the electronics have to handle 4x the data from the sensor through the imaging pipeline. This means that we now can have theoretically 4x the 1080p frames recorded without taxing the camera above spec.  So the 96 frame mode seems artificially limited when the camera should be able to record 120 frames at 1080p without breaking a sweat. There is no firm info aside from some Panasonic rep quotes as saying that the camera was pushed to perform to it’s limits and every ounce of power extracted. We will have to take their word for it.

If Hacked in the frame rate department that claim could be pushed to the test. It could be as easy as tweaking a limiter in the code like that of the GH2 for Hi ISO shooting in video mode which when liberated was able to shoot footage up to ISO 12800 from an artificial spec limit of 3200 ISO.

The added YAGH box will have no effect on frame rates or special ability to record 4:2:2 video over the on board HDMI which is able to do the same. It will be an add-on that will deliver true dual phantom powered XLR audio and HD SDI out terminals for around $2000.

Key Specs for Hi Speed in the GH4:

HSC has pre ordered a GH4 camera and will perform  tests of the slow motion mode regarding quality and compression.

We feel this might be the camera to beat in 2014 for slow motion specs on a low budget.  We hope the adoption of this camera would send a message to camera manufacturers that “Hi Speed Frame Rates” should be as important today as HD Video or Megapixels once were in the past.

We congratulate Panasonic for a very exciting camera and hopefully the stepping stone for some real advancements in hi-speed video on a regular ILC camera.

Discussion at Personal View regarding the GH4

EOS HD has a shooting day with the GH4 here!

Slow motion sample from the GH4 by PeopleAsia