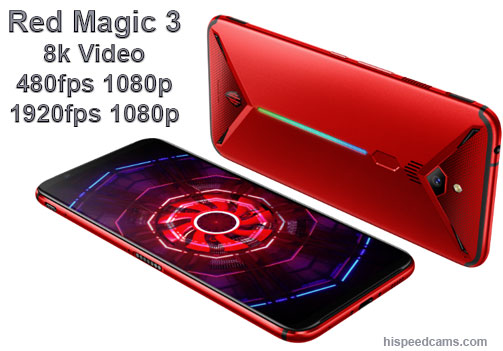 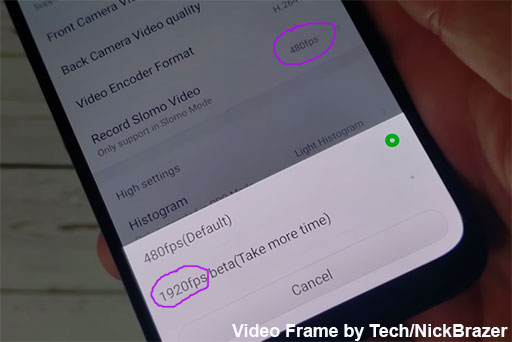 The Red Magic 3 should also shoot 1080p 240fps as the sensor supports it and it is almost a given this day and age of fast flagship smartphones.

We are disappointed by the marketing this phone shipped with. The Beta features seem to be cooked up in the marketing department and not the engineering area of the company.   It would be a good thing if phones showed a disclaimer of how they get to such frame rates aside from the spec like i.e. 1920fps (*Interpolated from 720p 480) .  But we are probably not getting there soon as smartphone makers aim to one-up each other.

As far as slow motion phones go we still have to see what the OnePlus 7 will bring later this month and we already saw how good the Galaxy S10 can be when recording it at 960fps for up to 8 seconds playback at 30p.  We will keep you informed and include samples of the Red Magic 3 and other phones when available. -HSC