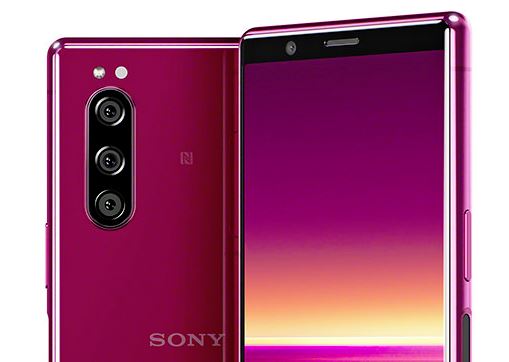 When the phone is released in November 2019 with a retail price of $799.99, the Xperia 5 will become as far as we know the best performing Sony phone with a more reasonable price tag. The Xperia 1 is still better in Screen and other small isolated features but at a significantly higher cost. If you need a Sony Xperia phone this new Xperia 5 is the best you can get for your hard-earned cash without going ultra-expensive. That said phones like the OnePlus 7 and the Galaxy Note 10 or Galaxy S10 offer better slow motion recording times with comparable resolution. The Xperia, however, shoots other phones down with the Pro Video app which lets you use cinematic profiles and full manual control for video capture. Other Phones are still not as good as the Xperia 1 and Xperia 5 in r4egular video capture when matching larger production cameras. Sony is a leader in cinematic imagery and their video know-how even while limited, is transferring a lot of value to these phones. DOn’t expect to be the next Spielberg or Ron Howard with this phone but do expect to get excellent looking footage that was not easily achieved at the click of a button on these powerful phones.

If anything we would want you to wait for the new iPhones this month to see what Apple has in store with their new Camera line-up. Something tells us slow motion might not be as good as we expect but we would like to be surprised. -HSC

Press Release for the Xperia 5:

September 5, 2019 – Sony continues its smartphone evolution with the introduction of Xperia 5, the latest addition to the flagship series, bringing key technologies from Xperia 1 into a compact, stylish and sleek smartphone design.

“With Xperia 5 we’ve brought what our customers loved from Xperia 1 into a smaller design with the latest award-winning technology from Sony,” said Mitsuya Kishida, President, Sony Mobile Communications. “Xperia 5 continues to bring uncompromised performance and leading experiences to a smartphone, only possible with Sony.”

Xperia 5 features an advanced triple camera system with 12 MP sensors on each module, as well as Sony’s powerful BIONZ X™ image processor for mobile and Optical SteadyShot™ image stabilization. With a 16mm lens for super-wide-angle shots, a versatile 26mm lens and a 52mm portrait and tele lens (35mm equiv.), you can capture great moments in any occasion.

Xperia 5 is also compatible with Sony’s ‘Imaging Edge™ Mobile’ application, for easy transfer and social sharing of images and video from compatible Alpha or Cyber-shot™ camera.

Xperia 5 brings the 21:9 cinematic aspect ratio to a smaller form factor, for a viewing experience that is true to creators’ intent.

The entertainment factor is further enhanced by Dolby Atmos, tuned in collaboration with Sony Pictures Entertainment, for an immersive entertainment experience that flows all around you with breath-taking realism when using headphones or Xperia 5’s built-in stereo speakers. While Sony’s audio technologies, Hi-Res audio for both wired and wireless, DSEE HX and Stereo speakers empowers you to hear music in its purest form.

The expansive 21:9 display also takes mobile gaming to the next level by offering a deeper unrestricted field-of-view of all your gameplay, while Game Enhancer optimizes the performance and blocks unwanted notifications, as well as enables you to record gameplay and find game tips online. In addition, you can now power up your gaming with improved Game enhancer allowing you to record your game play with burst screen capture at 20fps and synthesize your voice with Game enhancer’s voice changer feature.

Advanced technology in a sleek and compact design

Xperia 5 brings the best of Xperia 1 into a smaller footprint while keeping the 21:9 CinemaWide display. The sleek metal frame is protected with the help of durable Corning® Gorilla® Glass 6 on the front and back, while Xperia 5’s IP68/IP65 certified water resistance guards against the elements. The device will have Android™ 9 Pie pre-installed.

Stay connected and entertained all day

Xperia 5 features ‘Smart connectivity’ to make sure you’re connected to the most optimal network. It uses Sony’s deep learning engine (Neural Network Libraries) to analyze Wi-Fi signals and predict near-future connectivity issues. Smart connectivity will automatically switch to LTE when it predicts any compromise in Wi-Fi connection to ensure you always have optimal connectivity.

Xperia 5 will be available in the United States at Best Buy, Amazon, B&H Photo & Video, and other participating retail outlets on November 2019 with a retail price of $799.99. Xperia 5 is operable on GSM networks and certified to work on Verizon’s 4G LTE network. For more information on all technology and features contained in Xperia 5 please visit https://www.sonymobile.com/us/products/phones/xperia-5/