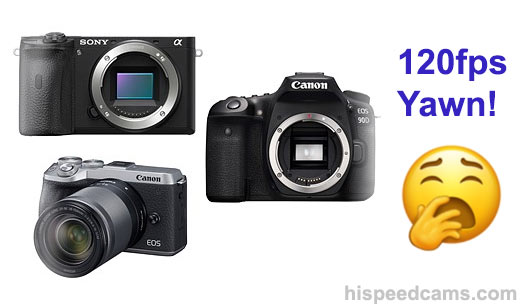 The recently announced Canon 90D, Canon EOS M6 II, Sony a6100 and Sony a6600 are cameras that refine everything that is already a current technology but bundle it in a lower price package with great performance. However, it is clear from the spec sheets that high frame rates have stagnated for the past few years in these camera lines with a maximum of 120fps at 1080p.

Sure some of them offer full-time autofocus in slow motion modes and face tracking which in the case of Sony is so good that you may not even match it if you had the best focus puller in the business hired for your shoot. But the frame rate war seems to be left to other camera lines and brands. Panasonic, for example, offers up to 180fps in their new S1H camera which should be in theory the best Panasonic mirrorless camera ever made and it should also allow for outstanding quality in 1080p 180fps. 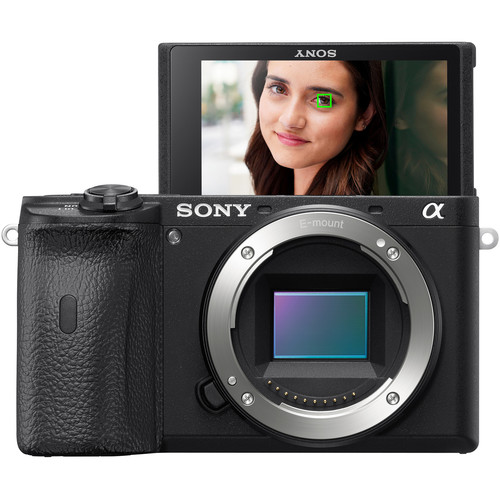 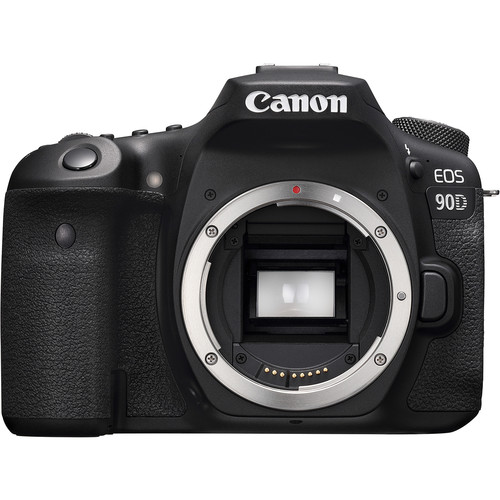 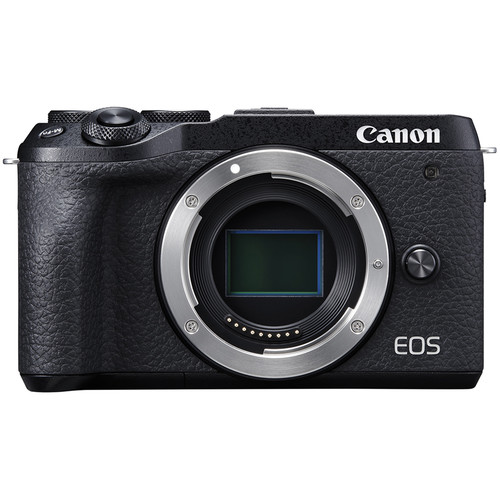 As you can tell from the above video specs there is nothing but siumilarity between these cameras. Is as if Sony and Canon got themselves in a room and made a pact to create the most similar cameras possible to not rock the boat and leapfrog one another.

120fps in NTSC and 100fps in PAL at full HD 1080p are the most you can expect from any of these cameras. By price alon the a6100 seems to be the better bargain but Sony lenses are usually more expensive than the similar Canon counterparts. As a system you will be served right by both with a large array of choices and budgets. For frame rates alone however, we cannont recommend any of these cameras for your arsenal. Youa re better off getting a Sony RX series or Panasonic Lumix GH5, G9 or S Full frame to get better speeds at up to 240fps in the case of the GH5s.

Canon Korea has provided some sample footage at 120fps from both the 90D and the M6 Mark II. The quality is very good compared to previous Canon 60fps 720p video in their cameras which is a good sign. However, we can clearly see some moire and compression artifacts though not unacceptable for production. There seems to be a restricted codec compression at work here. The Canon color science did pass through with gorgeous quality right out of the camera which is still better than Sony’s or Panasonic for skin tones and reds in our opinion.

Sony has not provided 120p samples but we should expect quality similar to the a6500 shown above. Good and dependable but still also restricted in Codec.  Canon and Sony are really competitive as options with these cameras which oddly enough were released very close to each other.

If we could recommend a camera to our readers from the ones in this article it would be easy to do so on the case of the a6100 and EOS 90D and M6 Mark II.  The Sony a6600 does have unlimited recording and S-Log among other video features but hardly worth 2x the price as the a6100 especially since it shares the slow motion 120p component with the only difference being selectability fo frame rates from 1fps to 120fps.

It is of note that the EOS 90D has the best 4k quality in 4k Non Crop and Crop mode we have seen from a Canon APS-C DSLR.  IF you are still in the EF system and have waited for 4k recording on your crop format then the 90D is a worthy option. It is still a great photo camera with now the added bonus of well captured 4k footage.

All of these cameras are excellent and for the price of all except the a6600 which seems overpriced compared to the competition, can win your hard-earned cash.  As slow motion tools, if 1080p 120fps is all you care about and need no more, we like the Canon color and detail but prefer the Sony AF in Slow motion.  If AF is no use then the Canon wins.  Remember that the Panasonic GH5 series have no AutoFocus in slow motion VFR mode which is a shame. they also have some aliasing and moire at frame rates above 120p but not at that speed.

We like how polished these cameras from Canon and Sony are and are having a hard time accepting their 120p limitation. If they offered 240fps they would be really admirable. We can only hope the next iterations will have this feature.  Maybe even 120fps at 4k which is already starting to be a talkative spec for 2020.

Canon is making finally a 4k usable EOS Crop camera with great quality video, hopefully without excessive rolling shutter, and Sony is continuing their trend of offering almost everything in a solid package with dependable image quality. Panasonic is rumored to be ready for 6k and 8k on many of their bodies. The recently announced S1H already shoots in 6k at beautiful full-frame quality at a higher price with 120fps using audio recording.

We will have more slow motion samples from these and other cameras as they become available. -HSC