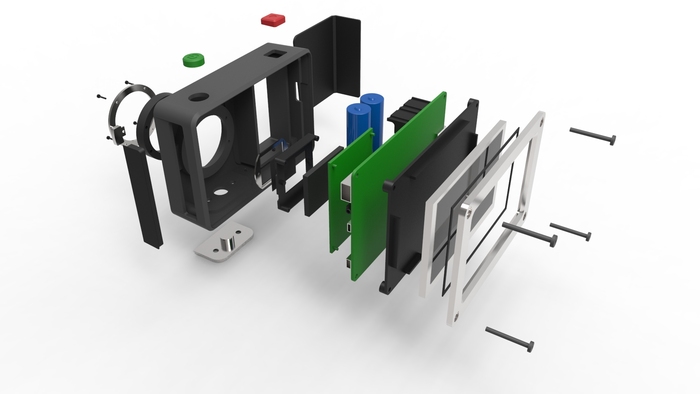 Graham Rowan the mind and muscle behind the fps1000 slow motion camera has given an update on the development of all the versions of the fps1000 cameras. You can see the update below or at the kickstarter page here!

fps1000:  “Just a quick update to break the silence between successful backing and production!

This and all subsequent updates will be open to all (not just backers) to include pre-order customers. Pre-orders will be included in the first production run up until the cut-off time for this (which will be announced).

I have been very busy since the close of the campaign to ensure that the fps1000 gets to market with the promised stretch goals and in a mass-producible format.

The major goals achieved so far:

HSC: We estimate the case will be close to the initial design revealed earlier; however expect some more changes to the design as development is perfected. The radiation protection is needed to avoid RF frequencies and other radiation sources to contaminate the image capture.  Any radiation source can have an unwanted effect on the image like banding or unexpected noise patterns.

HSC: By reducing the number of boards the costs and time of fabrication/assembly/testing are reduced. While having the memory on the sensor board is better for speed it will make it necessary to exchange the sensor and memory together if an upgradeable sensor is introduced. For owners who may not upgrade this is a positive as it makes the latency and speed of the camera better.

HSC: We take by this that the Platinum upgrade options are still being explored and tested and that is why a finalized board and memory have not been taped out.  It is better to have more sensors and memory tested before committing to the final design.  We would favor a better low light performer for the 4k upgrade than the CMOSIS sensor initially proposed. However we still have no info about any sensor options besides this part.

HSC: This is great news for Platinum backers as the new sensors have even better performance than the earlier prototypes. These are not the 4k sensors but the 2.5k in the Platinum regular design.

HSC: Again, we still have no info on the sensor options but we are glad other sensors are being explored. In a low light environment like that of high speed; having a good high ISO sensor is ideal.  It is also encouraging that the sensor swapping is so smooth.

I’ll post another update soon with pictures of the new boards.

I remain 100% committed to making the fps1000 a reality and I thank you all for your support and patience.”      Graham Rowan

HSC:  Thanks Graham, we look forward to get some more images out to backers and interested buyers.

We remind you that you can order and fps1000 camera even if you did not back the project here: Preorder an fps1000 Camera!

Disclaimer: HSC is not affiliated with the fps1000 camera, we are backers of the Platinum Upgrade Option project and are closely following it’s development. We are only informing the public  and are not responsible for delivery or any other aspect of the project.