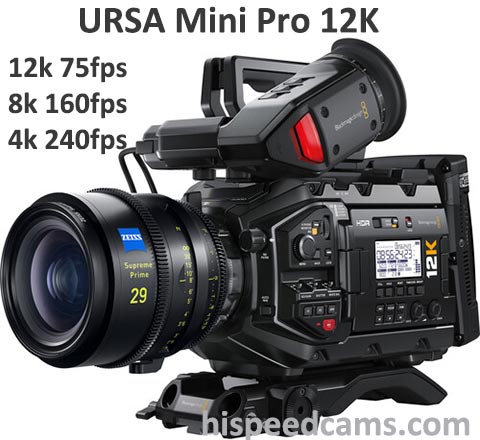 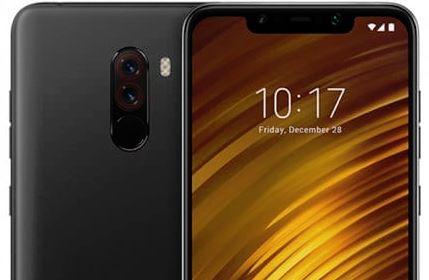 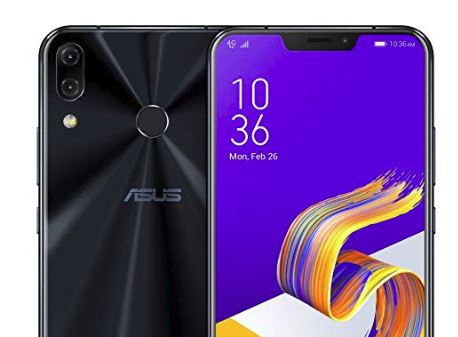 The ASUS ZenFone 5Z (ZS620KL) Phone is a new addition to the company line but seems it was a little rushed in the camera department. IT has just started shipping to customers worldwide and there is already a firmware update. The phone is a flagship device with a starting price of $499 which is not bad at all considering it sports some of the best hardware features in Android land. With dual cameras, 6GB of RAM and the latest Snapdragon 845.

The 5Z Phone is a midrange slow motion performer with 120fps and 60fps 1080p recording and the super slow motion mode capping out at 720p 240fps.  The improvements in the new firmware improve the recording quality overall and codec bit-rate of the 240fps 720p mode. Since ASUS does not give out the particulars in the bit-rate department it is hard to say how much better it will be.

You can find the Firmware update at the ZenFone 5Z ASUS Support page here: https://www.asus.com/us/Phone/ZenFone-5Z-ZS620KL/HelpDesk_BIOS/ 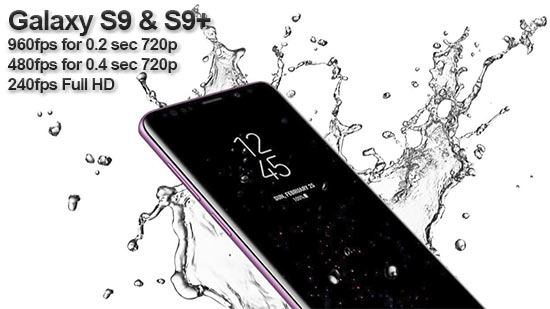 The new S9 update allows for manual high-speed recording to be used in 480fps slow motion mode at 720p for now 0.4 seconds or twice the recording time.  This allows for easier capture of moments but in real time playback at 30fps it is the exact same playback time of 6.4 seconds.  Since only 192 frames are recorded in the 0.4 seconds same as in the 960fps mode of 0.2sec then the only thing you gain is double the time to capture the moment. It would have been ideal to get also double the playback time.  Memory buffer seems to be the limiting factor here!

The new S9 update has been pushed to unlocked devices first “India and South Korea So far” but will be available on all carriers and countries at some point soon.  The update improves, security, stability and camera features that feature AR like Emojis besides the slow-motion improvement.  It is of note that after the update you will not be able to downgrade the software to an earlier build unless you jailbreak the device which is not recommended.

One thing to keep in mind is that the manual slow motion feature of the phone will de-activate the option for 960fps in manual mode and only leave it available for the Automatic mode.  Manual will now be 480fps only which is something to consider if you want 960fps to still be available in manual mode.

We would have loved to see the Galaxy S9’s 480fps mode to really double the playback time to 12.8 seconds at 30p instead of just recording the same short buffer of 192 frames which was already maxed out at 960fps.  The Phone on-chip DRAM buffer seems to be the limiting factor and why it’s capped.   The OnePlus 6 seems to be the leader in recording time with 3.75 seconds of recording which translates to 1,800frames or 60 seconds 1minute of real-time playback. When you look at the S9’s 6.4-second playback suddenly the phone doesn’t look that powerful.  We believe the OnePlus engineers are using the main Flash memory to record the buffer which allows for such a long rec time.  Samsung, in theory, would be able to do the same if needed.  We expect more phones to use the internal Flash memory of the phone to increase recording times in high frame rate video modes which may translate to real jumps in both resolution and recording times for smartphones.  -HSC 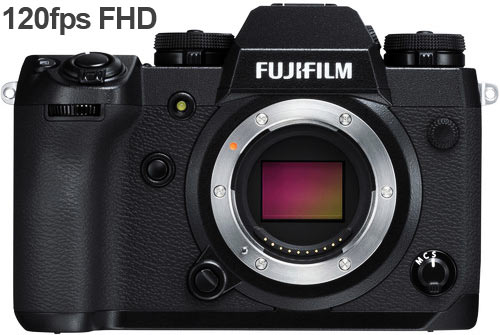 The camera site CVP has done a full comparison review here which pits the X-H1 against the X-T2 to see which camera strengths are ahead on each body and if it makes sense for X-T2 owners who are invested in a FUJI lens system to upgrade.  Their findings are interesting and as far as slow motion it is clear that while they use most of the same imaging pipeline; the X-H1 has the edge with less crop, less aliasing, and better artifact suppression when using the 120fps slow motion mode.

So out of the test, you can clearly see the X-H1 has an edge on quality for higher frame rate recording. Still however if you already own an X-T2 it would not make sense to upgrade to the X-H1 for this feature alone but you could make a case for all the extra video features like 4k, longer recording and better color profiles included in the package.

We do not consider the FUJI cameras to be class leading even at 120fps 1080p recording as Sony especially has a quality lead that is hard to approach and Panasonic is now offering up to 240fps in the GH5s which is still artifact prone.  The Panasonics do excellent slow motion up to 120fps and very good up to 180fps with quality with everything above that 180fps threshold having a heavy quality loss.

The FUJI X-H1 is a pretty remarkable video-centric mirrorless camera in its own right and offers the system owners a real alternative for video capture that can compete with the GH5 and a7 series in creating motion content. It may not be the best at anything video but that does not mean it can’t create wonderful imagery like the samples below -HSC :