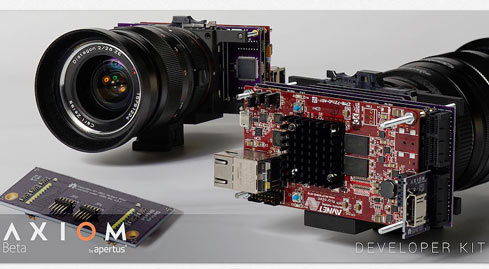 The footage from the beta camera is quite good with excellent film like characteristics in a 10-13 stop range.  There is a cinema camera feel that is absent from other cheaper camera options in the ILC and DSLR Camps.  The closest look is that from Blackmagic Design’s Cinema camera options.  When it comes to frame rates the Beta camera does 60fps full HD out of the HDMI but not much else.

The AXIOM Beta uses the CMOSIS CMV12000  with the following specs:

So, in theory, the camera at some point could be able to shoot 300fps in 10bit color space. As to that spec being fulfilled, it is up in the air as the camera is not prioritizing slow motion as it’s main interest. The camera is first and foremost a cinema camera that is completely open source and tweakable. 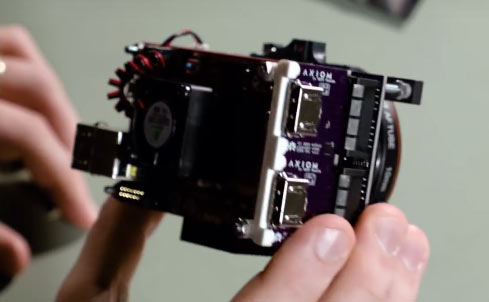 If the camera can be tweaked in software enough and an implementation of recording to very fast media, in theory, a 300fps full frame 4k image could be extracted in RAW format for a short span of time.  The Camera, however, will probably stay more conservative in the 60-120fps range.

The long term game, however, is for the AXIOM team to make a universal software that could be ported and refined to an upgradeable modular camera that could remain relevant by sensor changes and IO module swaps to remain current.  It is clear the camera has reached a milestone and full production should not be far off. Pricing should remain under €2500  euros of thereabouts.

The video production centric site Cinema5D has made a post and video about the AXIOM Beta here which goes deep into the current estimated development status of the camera software and future changes. Highly recommended to read/watch it!

We will continue to cover the AXIOM camera and will post news about it accordingly. Hopefully, it will shoot some high-speed video at some point.  Imagery so far has excellent quality and worthy of making it an option for your production needs once it is out of Beta and a fully shipping product. -HSC

All information about the AXIOM camera project here at the official site: https://www.apertus.org/