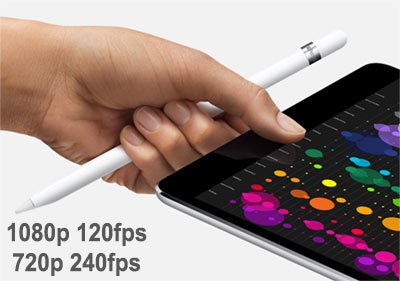 The newly released iPad Pro 2017 refresh in both 10.5 and 12.9 inches share a new camera module that really is a direct transfer from the iPhone 7.  It makes sense for Apple to offer their best camera yet in the best iPad they have ever built when it comes to performance.  However, you will not get anything in the camera department that makes the iPad Pro a leap forward in frame rates or other imaging specs.

The dual camera setup of the iPhone 7 Plus is not included in the iPad Pro so that is one aspect where the iPhone is still ahead.  The new tablets are for all intents and purposes a refinement with speed and software productivity capabilities as the two main goals for the line. They want to be a laptop replacement and they are aiming at the crowd who is fed up with the weight and bulk of traditional laptops. 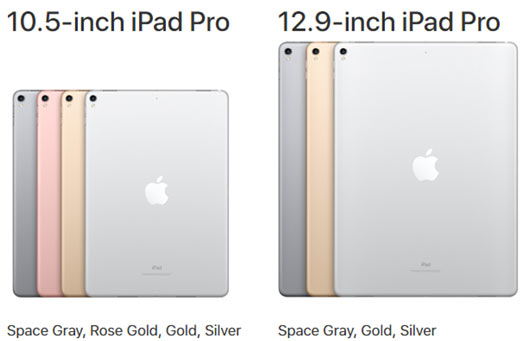 The Microsoft Surface tablets are class segment leaders when it comes to taking work on the road and the new iPad Pro refresh aims to steal that thunder from those sales. We are still not convinced it will make sense for the majority of content producers like video, image editing, and audio producers to dump their laptops in exchange for an iPad Pro.  The

The Surface, for example, allows for full applications like the Adobe creative suite to be installed and used with a mouse and keyboard. The iPad Pro is not going to be able to run your favorite desktop applications. However, the trend of having your mobile device be it a phone or tablet be your primary computing platform will make it possible to transfer your workload to a portable device that can dock to a larger display at work or home to continue working.

The PC and Mac installed base continues to dwindle, it will still be possible to buy such devices in the future but you will have more portable options in tablet / phone form to contend for your productivity needs.

So what has been gained from the 2016 iPad Pro when it comes to slow motion? in a word… nothing!

The 2016 iPad Pro had 240fps 720p and 120fps at 1080p the exact same specs.  The camera is however improved in the lens and sensor module which will yield better compression, better low light and dynamic range along with a slightly brighter f1.8 vs f2.2 lens aperture which is always good to have for higher shutter speeds.

If you already own an iPad Pro and you are thinking of upgrading for the camera module, then it makes sense if you need slightly improved image quality but not for gaining frame rates. You will end up with overall better compression and artifact handling but no new frame rates.  It would have been ideal to have a 240fps 1080p spec thrown in as a differentiator.   You do get a flash module which was absent in the original iPad pro which made no sense. This is a step in the right direction!

You may say the 2017 refresh while important in speed, display and memory makes little difference and shows Apple to be playing it safe with the design and specs of the tablet.  Many people love the iPad Pro first gen and will probably also absorb a 2017 iPad Pro refresh if in need for a new tablet or exchanging it for the last model. We see no need to upgrade but it should factor in as a consideration if buying a new device.  Apple has always done well with the slow motion specs even while pegging the performance to 240fps 720p at the maximum.

Apple has always done a good job with the slow motion specs even while pegging the performance to 240fps 720p at the maximum.   It is kind of a good enough spec and they will probably refrain from updating until forced to do it.  The Sony Xperia phone with 720p at 960fps may do just that and force Apple to adopt the Sony Stacked sensor design for offering competitive video features. We can only sit and wait for that to happen.  If you are going for slow motion alone the Sony Xperia XZ and XZ Premium make more sense even with the time and resolution limitations.

We will have new samples from the slow motion capabilities of the iPad Pro 2017 when they are shipping and available. The videos above do show teh 2016 model’s capabilities which will be sligtly improved upon on the 2017 model when it comes to compression and artifacts. -HSC

The iPad Pro 2017 will be available by the end of June 2017 in a first come first serve pre-order basis.

One thing about Apple announcing new device replacements is that the older models go on sale quickly. If you are content with a 2016 iPad Pro this is the time to get one.  From $419 at Amazon.com for example!

More information and full specs about the new iPad Pro at Apple: https://www.apple.com/ipad/