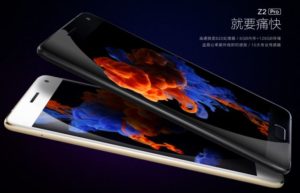 The slow motion phone that was gathering a lot of interest regarding it’s capability was the Lenovo Zuk Z2 Pro with a spec reported to be 960fps.  Such a spec would leapfrog the current iPhone 6s and Google’s Nexus 6P 240fps 720p spec. However it seems such bold claims are usually met with a reality that does not match such claims.

The Youtube channel C4ETech “Subscribe Here” has had a go with the Zuk Z2 and found that the spec is pretty much smoke and mirrors. The 960fps spec which was supposed to be HD quality and full frames is nothing more than 120fps 720p interpolated by software up to 960fps. It doesn’t even allow real 240fps like other competitive phone options.

The Zuk Z2 and Z2 Pro are pretty close in specs with the Battery, OS and 5″ vs 5.2″ screen size being the main differences. Camera modules and camera software are identical. As you can see in the video review above; the phone is a run of the mill performer when it comes to higher frame rates and nothing even close to the spec.

As to a real software update that enables true 960fps 720p being released for the phone is probably not in the cards but if released we will re-examine the phone as a higher frame rate alternative.