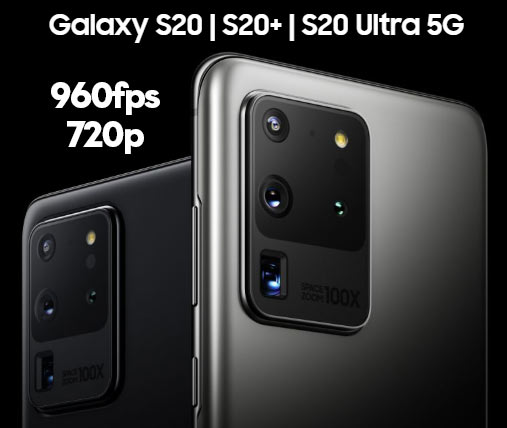 We go directly to Samsung’s take from this information provided in the official website:

Looking at the last video, we see that the quality is essentially the same as the Galaxy S10 and Note 10 with of course the added time recording of 1 second vs the 0.4 seconds offered before.

What about the Z Flip?

So we get 240fps and 960fps modes which are the same as the S20. As for quality we could not find a suitable sample yet but will share when possible in the future.  It seems that even bending phones will be slow motion contenders which may indeed bring in a new category on our best slow mo phones of the year list!
We leave you with this last video of the Galaxy S20 5G Ultra in low light shooting slow motion 480fps and interpolating to 960p:

Big shout out to MKP Captain and their youtube channel for shooting slow motion samples of such a new phone. Well done!