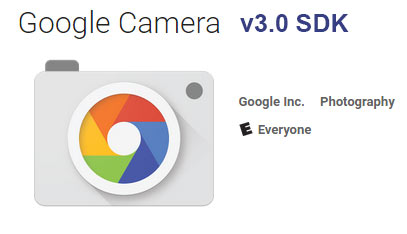 The website Android Police has done a pretty robust tear down of the new android Camera SDK v3.0 giving a sneak peak of what is to come for many android phones that support the camera module application.  The SDK v3.0 comes bundled with the Android 6 release which means all compatible devices upgraded to the new OS will have a chance to try some or all of the new features planned for the camera release.  Your mileage depending on your phone manufacturer may vary but it could mean support for many new features like 240fps slow motion video which will compete favorably with the iPhone 6 and 6s in these high frame rate modes.

Note:  Regarding  “Google Phone SDK 3.0 ” be aware that if your sensor and portable device combination do to limitations is not able to do higher frame rates these new features will not be accessible.  It will be interesting to see which phones are upgraded with the capability as the Android 6 marshmallow updates roll out!

For more information on this SDK analysis see the following: