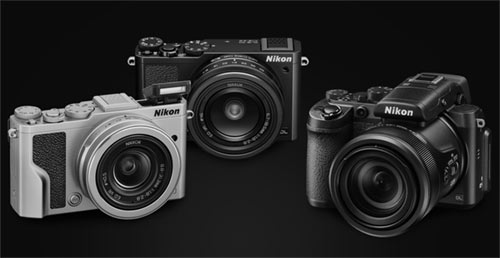 The Nikon DL was really the only strong contender in the pro-sumer compact camera line from Nikon to offer fast frame rates if it had shipped.  The only other remotely considerable high speed option by the company is the Nikon 1 series in their V and J options which haven’t been updated in a while.

The cancellation of the Nikon DL series was due mainly to technical issues with the image processor which made the company miss the June 2016 target ship date & second, a  restructuring effort after the company reported a net loss of ¥831 Million Yen or 7.3 Million US Dollars .  This is no small predicament as the company had reported in the same time frame last year a net profit of  ¥18.71 billion Yen or $165 Million USD.

The Nikon company cites market pressures as well as retirement benefits costs for it’s employee base as main culprits for the capital loss in the 9 month time period. See this official Nikon Document for more details!

Nikon DL is Killed Off – What now, why should I care?

The loss of the Nikon DL camera line strikes a deep blow to pro-sumer fixed lens imaging products. The Sony RX100 and RX10 camera lines are the dominant products in the category today with some Panasonic and Fuji cameras making some inroads. For slow motion fans the Nikon DL was supposed to bridge the gap and compete with the Sony RX series and offer similar features.

Now with less competition the drive to innovate further might be eroded as other camera lines become just another casualty of the cellphone adoption trend which has severely eroded profits and the bottom lines of established camera companies.  And sadly to say it will only get harsher from here on out as the market transitions to even more portable image capturing devices like Snapchat like glasses, AR and wearables.

However the fact that the Sony RX line continues to be a best seller in the compact camera market goes to show that if you innovate and offer performance and value the customers will come. Nikon DL never shipped or had an opportunity to be a crowd pleaser. It still was below the Sony RX in features but it did offer competitive frame rates as a secondary option.   Sony also controls most of the camera CMOS sensor market in compacts and most Phones.  Their recent announcement of a 1000fps capable sensor for cellphones makes that advantage even wider since we really can’t see competitors stepping up to the plate anytime soon. 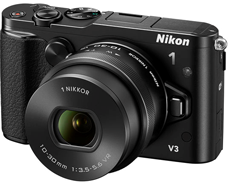 The Nikon 1V and 1 J series are still breathing with rumors last year of being killed off as well.  However the J series is very popular in Asian markets with 10% market share in the segment. The V series however with it’s higher price tag is much less so and that is where the rumors suggest that the next iteration of the Nikon 1 V line maybe a 1 V4 will sport a larger sensor and stronger capabilities to get some market share away from Sony and justify a higher price tag and profit.

We like the Nikon 1 line with it’s 400 and 1200fps slow motion modes which at low resolution cannot compete today with Sony’s RX series but with a few tweaks and technology improvements could in theory go the distance and offer an alternative.

The problem with less competition is that the drive for innovation slows down and with no pressures to create new technologies; camera lines might stagnate for many years and offer few improvements.  We want to see continued progress in frame rates and resolution and while Sony is delivering marked improvements every year; we really can’t be sure if that will continue with lower sales and lower competition.

Overcrowding in a camera space is bad for all participants but a full share of the market is also bad for consumers and innovation.  Nikon did the right thing by killing of the DL line since it really was not class leading or profitable; however we believe they should really push the envelope on the Nikon 1 series and deliver the features that consumers now expect thanks to the Sony RX line.

While the DL did reach some professional photographers to create some great promo pieces as the one below; it was never to see the light of day. All the development cost and technology is now officially a write off.

Nikon image quality and glass are world renowned; the company still has the mojo, technology and know how to build the next generation of cameras. Even if that means using Sony stacked sensor technology! -HSC