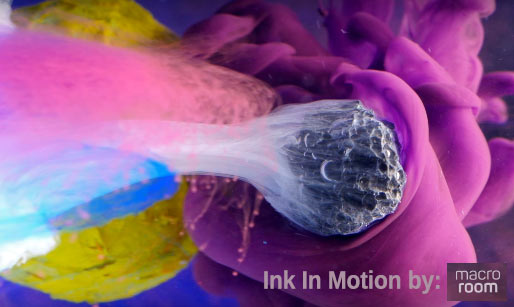 We have seen quite a lot of new slow motion footage inundate the Intertubes this week.  The amount and quality of the footage seem to have exploded recently with more and more cameras able to shoot at higher frame rates and at qualities that make it bearable to watch. Of course, there is also the occasional professional high speed camera shot i.e Phantom Flex 4k, which makes it the icing on the cake.

It is also time to get inspired by looking at the work of others to better your own shooting and gather new ideas or inspiration.  It is time to lay back and relax while you watch some extremely cool slow motion footage. And as always remember to be safe if you attempt any of the stunts or experiments shot.  Take Care!

TATTOO IN SLOW MOTION HD by Lil B tattoo:

Last but not least the Slow-Mo video of the week:

Ink In Motion by Macro Room:

Pretty amazing footage all around and congrats to Macro Room for making something truly special and artistic!