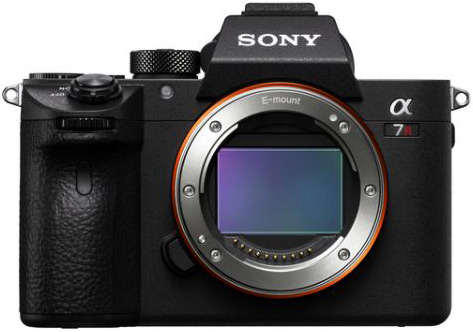 The newly announced Sony A7R Mark III is one impressive full-frame beast of a camera that aims for high-resolution enthusiasts who do not want to compromise on features, speed, and autofocus by having a superior pixel count sensor.   The 42 MP Camera shares the same pixel count and what seems the same sensor as the A7R II but it is improving on both image quality and features.

It makes a mature revision to the series with 10fps shooting at full resolution, slow motion now is 1080p  Full-HD 120fps in video mode compared to 720p HD before, AF is now a9 like with blazing fast performance with continuous tracking in video mode. Of note and what could be it’s most impressive new spec is an in Body Stabilization system claiming 5.5 f stops of shake correction. That is very impressive for an IBIS system.

While Sony has been sharing the camera with attendees at the main launch event, it is not been long enough in the hands of experienced videographers to see what kind of quality we can expect from video modes. The Slow Motion samples in some previews do show excellent quality on par with the Sony a9 which is one of the best 1080p 120fps cameras out there.  This is a good enough spec to use for broadcast quality without worrying about moire/aliasing artifacts. The full frame quality of the 1080p mode is also super-sampled from the entire sensor which makes extremely detailed final full HD videos.

We will have video samples of the slow-motion mode when available, in the meantime, you can go watch some previews that contain super slow motion video at 120fps with the camera. -HSC

Of note is that the Sony a7R III can shoot both 4k UHD using the full sensor width at 24 and 30p, but also a Super 35mm sensor area 4k derivative video from  5176 x 2924 super-sampled which will make it easier to get more reach on your lenses with a 1.5x effect but with all the UHD Video quality, naturalists fans of telephoto rejoice!