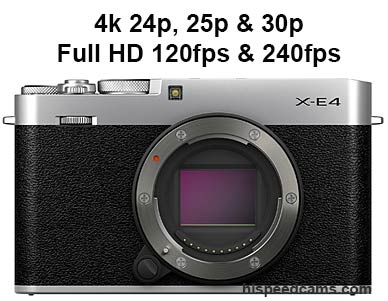 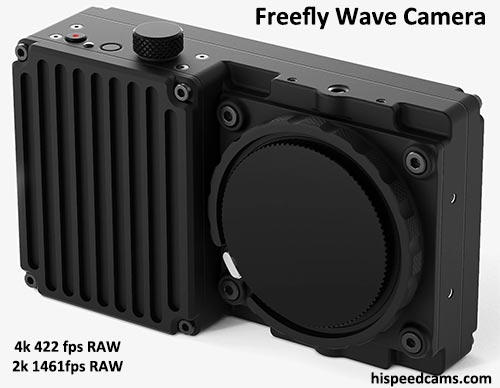 It seems Freefly systems completely misjudged the demand for their new RAW 4k Slow Motion camera as the first 100 cameras ordered in batch 1 to batch 3 have all sold out. Now they aim to produce an unspecified number going forward with Batch 4 which is expected sometime in Q2 2021. The popularity of a product like this speaks volumes of the interest in slow-motion for video production, especially at 4k.  While the camera is not cheap at $9,995, it is still a bargain considering other options.

You would still need to factor in a field monitor as the camera does not have a built-in screen in the overall cost but these have lowered in value due to competition and wide availability ina variety of sizes and specs.  Freefly has also released a few more videos showing the Wave in action which are frankly inspiring and show what the camera is really capable of doing.  It seems this camera has been received so well by the market that we are sure Freefly is thinking already about an even higher spec camera for the future, maybe one with 1000fps in 4k.

Freefly Wave Camera Sold Out But More Are Coming in 2021!

Batch 4 and beyond (PREORDER HERE)

Freefly Wave Camera Sold Out: As you can see the camera’s first three batched sold out in a couple of weeks. For a slow motion camera of nearly 10k USD that is very popular.  The camera software is still in beta and the time to shipping should improve on that. We found some noise issues in the shadows that could be improved but other than that the camera was pretty solid from the samples we saw.

Footage of the Wave in Action:

Here are footage samples of the camera in action. Of note is that dynamic range is not as good as the best cameras out there but 11 stops are still respectable considering high speed CMOS Sensors tend to lower dynamic range when using a global shutter which is needed for high speed imaging. 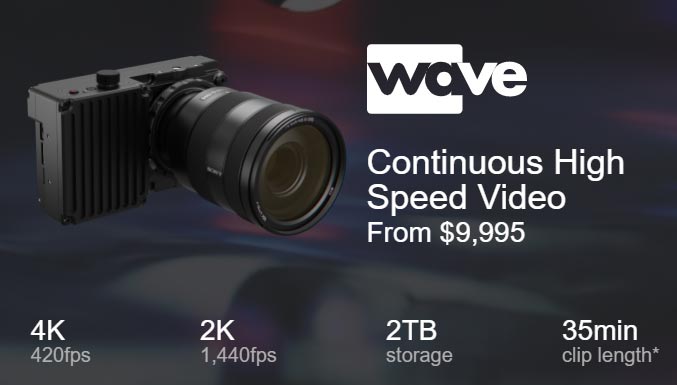 The Freefly systems Wave camera has been released and it is certainly a market disruptor. It is not your average high speed camera since it is essentially using an internal SSD M.2 card to continuously record slow motion events it functions more as a live capture device than a shot by shot trigger traditional slow motion camera. This is essentially the idea behind the fps1000 camera line by Graham Rowan which sadly was dissolved last year. A new way of capturing high speed by leveraging the speed of SSD flash storage with ultra-high frame rates.

The Wave is no slouch in specs with a 4k spec of 420fps which is not as good as the Phantom Flex 4k which records 1000fps but costs a whopping 160k USD.  The Wave costs $9,995 and using an E-Mount with no power or AF functions, can be adapted to a variety of lens systems because of the plethora of adapters that can be used due to the short flange distance.  We take a look at the wave specs and why it may be the camera you were waiting for – if you can get one!

The camera uses a 4:3 aspect ratio from the sensor which is kind of odd but allows for a variety of frame sizes including anamorphic capture if stretch in post. This seems to be an ideal camera for Anamorphic slow motion.  Of note is that the Krontech Chronos 2.1 HD is also using a 4:3 sensor which in theory can be used with Anamorphic glass. → Continue Reading Full Post ← 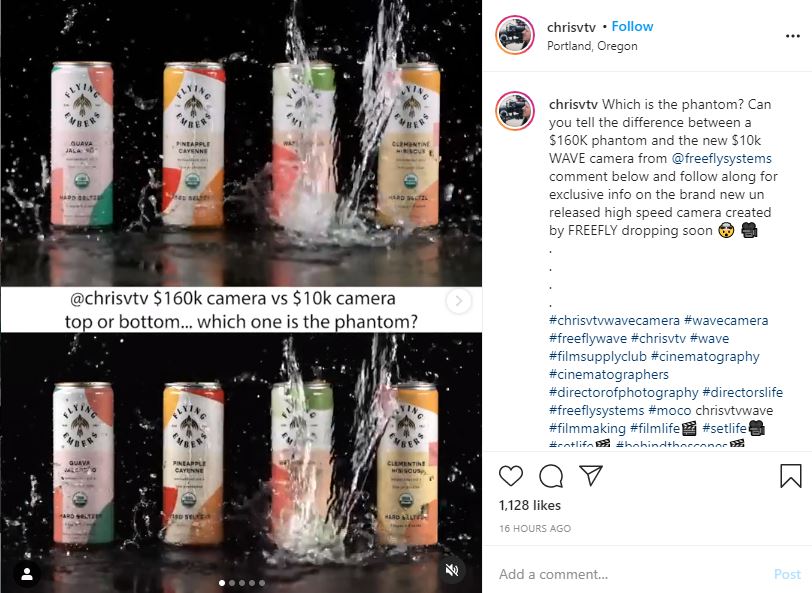 ChrisVTV a filmmaker from Portland Oregon and fabulous slow motion professional has hinted at the existence of a new camera by the makers of the Movi stabilizer, and Astro drones is said to be launching soon at a price about $10,000 USD and could go head to head with Vision Research’s Phantom Flex 4k.   There is no specific information other than it seems to be a 4k camera capable of high frame rates, possibly 1000fps.

Since this is a rumor please take it with a grain of salt but it sure seems to be legit.  A camera that really de-thrones the Phantom or at least competes with it head to head at less than 1/10th the price will be an explosion in the world of high frame rate camera options.  We may be close to having an option that shoots cinema-quality footage for a fraction of the cost in UHD at 4k!

Also, you can visit Freefly systems but it does not show any info on Wave as of yet!