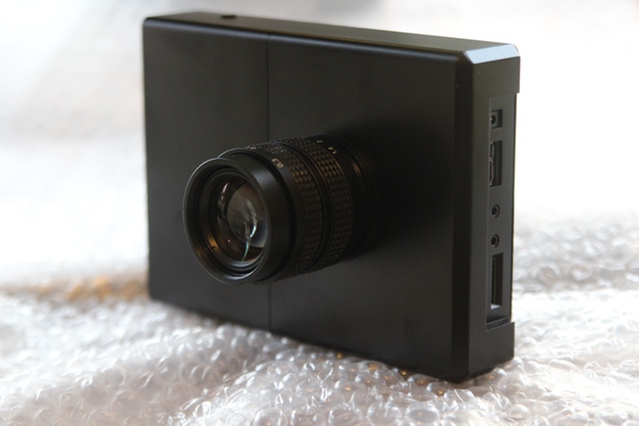 A milestone in the fps1000 project has been reached as now a small batch of cameras have been shipped to some of the backers that were content with the full metal casing design.  The camera ran into some hurdles on EMC testing with the latest case design “some pesky leaks” which have been corrected and are awaiting a re-test.   Cameras are running a stable and usable software already letting the cameras record and do capture as intended.   The early adopters will serve as beta testers and will help Graham Rowan the creator of the fps1000 iron out software bugs if they appear before a wider release.

The fact that some cameras are already in the wild speaks volumes about the near completion of the development process.  It is now just a matter of a few weeks and passing EMC testing to start shipping cameras.

Here is the update from Graham Rowan Regarding the fps1000:

“The focus since the last update has been the ramping up of production. The initial development phase is complete. I have an initial release of software which I am happy with. It doesn’t have all the features I want yet but has all of the fundamentals including the automatic erase which I spoke about last time. It’s really easy to pick up the camera now and start shooting. I’ve also put in a power save mode which shuts down the sensor when it’s not being used.

I have taken a major step forward this week and have shipped some early cameras in the old style case. This is important for me so I can get some early feedback from real users before mass shipments start. For the first time I am not the only one with an fps1000!

This has been a big focus of my effort. Unfortunately the new case, being part plastic, had a few leaks which needed to be addressed. Having spent some time in the testing lab with the EMC testing house I have a much better understanding of what’s needed for an emission-friendly device. I have built in some modifications into the new case design which should address all of the issues.

I have taken a calculated risk to avoid unnecessary delays and am producing a large batch of cases rather than just one more prototype. This will cost me if there are still problems but I want to get your cameras to you as soon as possible.

The new cases should be back by the end of the month and I have a test slot booked for final approval.

The good news is that apart from the radiation test, the fps1000 passed all other tests including ESD which involved zapping the camera with 8,000 volts!! FCC is only worried about emissions but in Europe we also need to prove that our hardware can withstand external radiation.

I will update you at the end of the month.

Have a good Christmas and thank you.

HSC – The picture above shows a test bed for the fps1000 just missing their cases. The cameras are almost production ready and EMC testing is the hold up. Once the cameras pass the seal of approval we will start to see them in backers hands and lots of footage samples on the net.  The initial cameras will be silver, gold and platinum basic.

The rest of the cameras are following closely behind according to Graham and they share the same basic hardware architecture besides the sensor and memory being different. The way the fps1000 was built lets for flexible sensor upgrades for the future as they become available and will work in a unified platform with software that can run all of the cameras.

We will continue to cover the fps1000 in the future as things are starting to come together. We will also do a full review of the camera when we have a chance to get one.   Stay Tuned!

More info about the fps1000 cameras and ordering at: