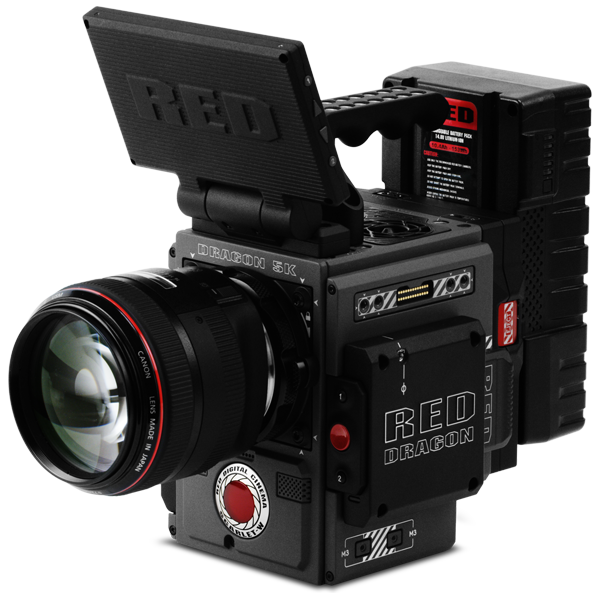 It has a 5K Full Frame (5120 x 2700)  RED Dragon sensor with a 16.5 stops of dynamic range. That is some of the best DR numbers quoted for a motion digital camera. However the Slow Motion aspects of this Scarlet W camera are of note and the following specs should get your attention if you are on the market and have 10k USD for a body and 6k for the needed accessories to shoot with it in a ready package.

Of note is the addition of built in Apple ProRes recording in (2048 × 1080) and up to 60 fps in HQ and LT if needed.  However it is clear that you will want to shoot REDCODE RAW on this camera to gain access to it’s full resolution.

It is not entirely apparent but the slow motion frame rates of teh RED Scarlet-W are selectable in full frame and in several intermediate crop modes with some aspect ratio cut outs.  It adheres to some film Academy formats with 2.4:1 which is intended as a Cinemascope or anamorphic compatibility. The Full frame rates  use the 1.9:1 aspect ratio common in movie shooting.

You get 300fps at a near Full HD resolution 1080p at 7:1 compression.   The faster the frame rate the less compression can be applied on the fly.

While there is no available slow motion samples yet, you can get a look at what the previous version of the camera was able to do. It was not as sharp as your regular frame rates but it was no slouch either.  It is unclear as to the quality the new frame rates will be able to get and if artifacts will surface.

The cost of a camera like this is not for bargain hunters except when your budget is in the 5 figure range.  Still it is one hell of a camera that can shoot academy motion pictures at 5k or 4k and be able to grow with your production.   The resolution and sensor are unmatched and in a class of their own.

As for our ranking in the HSC Camera Guide, it will be a matter of looking at the capabilities once in the wild with productions using the slow motion feature. We expect it to rank high but be hindered by it’s price in the rankings while probably gathering an excellent image quality rating.

The RED Scarlet-W is scheduled to begin shipping in March 2016.

More information about the RED Scarlet-W is Here at the official RED Page!