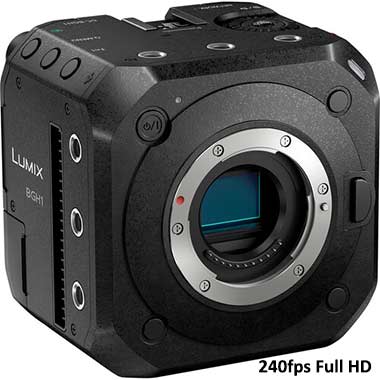 What to do, should I buy it?

The Panasonic Lumix BGH1 is a camera that is built as a part of a production setup. It is not intended to be a shooting all-rounder but a complementary part of the system by being able to use it as a crash camera, drone camera, or small studio camera solution. You are able to sync timecode with multiple cameras  It will not shoot still images at all so if you think you can use it for that you are not served there.

For the same price or lower, you can get the Lumix GH5s which uses the same sensor and has a touch screen with a full camera body.  Or better yet get a Lumix S5 with a full-frame sensor.

The BGH1 seems like a niche product that may find some fans in production houses and for the professional drone enthusiasts that need that extra video quality on their shoots.  As a VR video solution, the size is small enough to tether a couple of these to create eye like separation so you can get true 3D if shooting in a controlled environment.

The VFR Panasonic Lumix BGH1 slow motion quality looks very similar or identical to the GH5s which shares the same sensor.  it is heavily compressed and a little soft but usable and 240fps is better than what many cameras out there are able to shoot at in the prosumer space.

The Panasonic Lumix BGH1 is a very interesting camera with a limited audience, if you are in need of a lower cost Genlock ready solution for production then this camera is just what the doctor ordered, however for more traditional slow motion enthusiasts, you are probably better served by other options like the Sony RX series. Thanks for reading -HSC