We have some new rumors submitted that can shed some light on the releases for 2018 and beyond when it comes to high frame rate capable cameras. Rest assured that any and all rumors can change, be discredited in part or simply be completely false.  We have chosen only the ones that have a higher chance of being true.

There is already much talk about the Panasonic GH5s being a low light monster but what can be lost in the rumor shuffle is the repeated spec of 240fps for full HD recording.  Sadly no improvement in 4k frame rates is in the cards above 60fps for the Lumix line. We would have loved to see 120fps at 4k making an entrance in 2018.  It will come but not just yet. The GH5s with 240fps capability should be announced January 8th, 2018.

2. Rumor: At least one camera manufacturer will have 120fps 4k video at a midrange price in 2018.

This rumor doesn’t give specifics on the specific manufacturer but we estimate it would be Panasonic or Sony to include the feature on midrange $4,000-8,000 USD Cameras.   It is a logical step and with more and more 4k content needed, the higher frame rate will be welcomed.

3. Prediction: 6k will be introduced on higher-end cameras along with 60fps 6k capability. 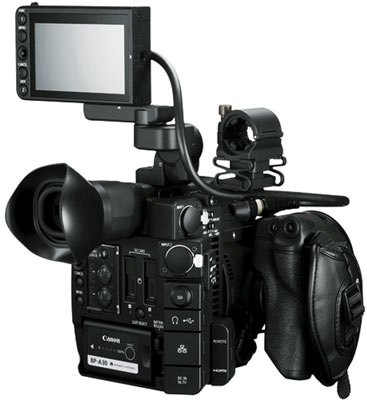 The road to 8k will take longer to reach the mainstream but production is clearly moving to 6k as stabilization and post-production requirements crave 6k resolution. We already saw the GH5 from Panasonic offering anamorphic 6k recording at 24fps this year. It is only a given that more cameras will move this way.  60fps will be the first step for slow motion in 6k which should also allow for 120fps at 4k when implemented.

Sony has been quiet on the Action Cam front aside from the RX0 which is their competitive answer for small sized cameras geared to professionals.  However, that will change according to the rumors with an Action Camera based on the Motion Eye technology allowing for ever higher frame rates at increased resolutions and usable recording times.  Will it be named X4000? Only time will tell.  Yi and others will also jump in with more models that should be more capable than this year’s action camera HSC Pick the GoPro Hero 6 Black.

5. Prediction: We will see at least one new dedicated professional high-speed camera this year with 1080p or higher resolution.

We know of some developments in the space but we are in no position to comment further on a specific camera or manufacturer. However good things are coming in affordable slow motion at frame rates above 1000fps in 2018.  If the information we have bears fruit, it could mean more competition and price fluctuation downward in the space.

6. Rumor: We will see at least one new phone with 1000fps 720p and higher resolution with more usable recording times in 2018.

Samsung is probably releasing a 1080p capable slow motion phone in 2018, same goes for Sony with the replacement phones for their Motion Eye Capable Xperia Series.  We do not see Apple reaching for these lofty heights in frame rates but they should be able to squeeze more frames out of their new flagships for 2018. Expect better quality video on phones.

Be it a Galaxy Note 9 or the promised Red Phone, 6k will come to phones in 2018 as a technical exercise. Making your current 4k shooting phone still usable as no one really needs, for now, 6k on a phone. Well, maybe a handful of pros…

8. Rumor: New Sensor will allow for up to 2,000fps in prosumer cameras at full HD.

We have to treat this one with a grain of salt but if we could bet on the manufacturer it would be Sony. Their stacked CMOS sensors are the most advanced when it comes to rolling shutter performance and noise control.  If a 2000fps sensor were to come out it will probably be released in an RX Camera successor.

Happy New Year and thank you for being a visitor to HSC this year!