In what could be condensed into a mild refresh at best; the newly released Sony FS7 Mark II Super 35mm 4k Camera does little to entice owners of the Sony FS7 to upgrade. It seems to be a way to replace the camera and entice new buyers without actually offering anything really revolutionary.

To be fair there are a few improvements like the E Mount now has a PL like locking mechanism for easier lens detachment without twisting. This is ideal for lenses with filters and matte box attached. Also the integrated electronic Variable ND brings it in line with other cameras that offer this compelling option to avoid ND filters altogether while setting the camera for 1/180º shutter. Added also is BT.2020 color space for UHD recording at 10 and 12 bits, 10 assignable buttons vs 6 in the Mark 1 and a few new LEDs and ergonomic fixes from user feedback on the Mark 1.

The slow motion frame rates remain the same with 4k UHD at up to 60fps and Full HD 120fps, 150fps and up to 180fps. This is no change compared to the original Sony FS7.  The camera uses the same processing and sensor which makes it a really good quality image but expect the same exact quality as before.  A camera like the Sony a6300 or Sony a6500 with super sampling at 6k and reduced to 4k should in theory yield sharper results at UHD resolution. For slow motion at 180fps it is far and above better than the a6500 with a softish 120fps.  The FS7 Mark II does allow to record continuous super slow motion180fps. 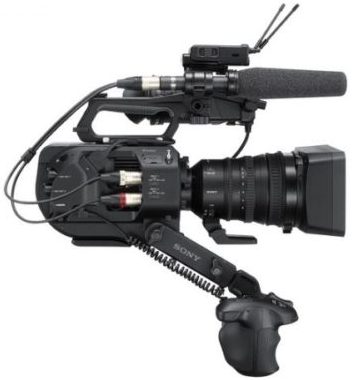 It is clear that the camera is aimed at the midrange professional with a steep initial cost $10,000 USD body only or $13,000 USD with the 18-110mm F4 Kit Zoom lens which is $500 cheaper if you bought the lens separate.  The original FS7 remains on the Sony product line at $8,499 USD which is clearly a better option if you can live without the new features. Slow motion wise the FS7 Mark I is the better value as they perform identical. Availability for the camera and kit is expected to ship lat January 2017. 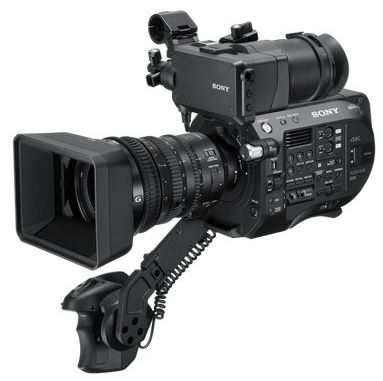 What’s new on the Sony FS7 II ? The quick guide to what you need to know by Newsshooter: