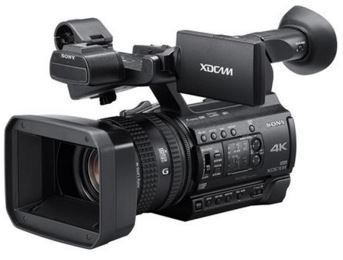 The sensor is of the stacked kind and it is 1″ sized, the same as the ones in the RX100 IV and RX10 II from Sony which are really good at slow motion for a low price. However those full specs are not carried through in the high frame rate mode or HFR.  It maxes out at 120fps 1080p instead of 240fps on the RX series in the 1k range and the FS5 which is a tad more expensive than the Z150. → Continue Reading Full Post ← 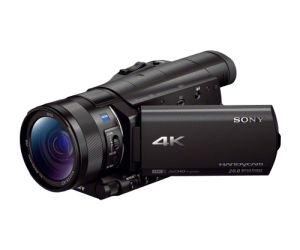 The just released Sony FDR-AX100 Handycam is not just a 4k recording multipurpose camera but it also hides a 720p 120f mode which so far seems to be lower quality than regular 720p video cameras. The quality while usable is not ideal.  The resolution seems to be well below the stated 720p in slow motion mode.

There is a sister model with the same sensor called the HDR-CX900 which shares all features “Including 720p 120F recording” except the 4k recording and of course a discounted price. However the $500 shave might be unwarranted considering the 1.5k investment for the CX900  which for $500 more you get 4k on the AX100. → Continue Reading Full Post ←