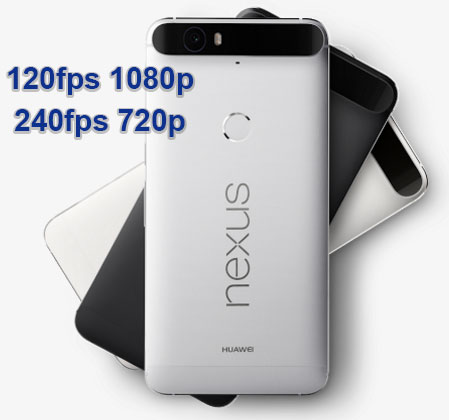 Now that the Nexus 6P has been getting into the hands of reviewers you can clearly see that the slow motion mode has great quality.  It has audio same as the iPhone and the resolution in 240fps mode is on Par or might be better than the iPhone 6s.  Testing side by side will be a way to put that to rest but it is clear Google and Huawei have made the camera in the Nexus 6P a real contender for quality.

It is easy to see that the quality at 240fps has very good color rendition, line resolution and very very low artifacts.  We can finally see an alternative to the iPhone line when it comes to slow motion in the Nexus 6P phone.  Samsung has 120fps in their flagship phones which isn’t bad but at 720p and with aliasing artifacts it is no real contender. Look at the samples below to check the Nexus 6P showing it’s prowess when it comes to high frame rate video recording. → Continue Reading Full Post ←

In what could be one of the most leaked phone releases in History “Probably to get some oomph out of the iPhone 6s release“ Google has announced the Nexus 5X and 6P smartphones running Android 6.0 marshmallow.   The interesting spec is that for the first time in a Nexus device, the camera seems to be a primary focus with a lot of good specs including 120fps for the LG built Nexus 5X and up to 240fps for the Huawei Built Nexus 6P.  This puts the 6P Phone in direct competition with the iPhone 6s for the top smartphone Slow Motion Spot.

While there is a lack of slow motion samples now for both phones they should be coming out in the next few days. How will they compete? We can’t really speculate as the sensor, lens and camera system on these Nexus Phones is entirely new and built for better performance than previous Nexus releases. The Camera had always been a sore spot of the line and this release seems to want to correct this from now on.   It has the same Sensor and camera system on both phones but the processing core is different which is probably what limits the 5X to 120fps.  That said it could be possible in the future to unlock 240fps on this camera with some clever hacking technique if the system can handle the data rates; but that could void your warranty. → Continue Reading Full Post ←