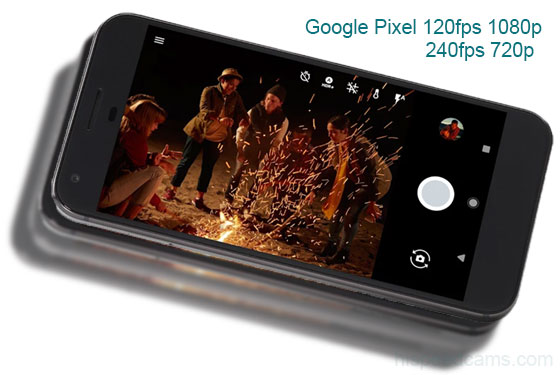 Google Pixel and Google Pixel XL phones have started to arrive to pre order customers all over the world.  We now have a glimpse about the slow motion quality the phones can deliver and if all the hype was justified. At first glance we tend to see an improvement in both resolution and artifact control as well as better sound recording and noise suppression.

We however cannot claim this phone to be better than the iPhone 6s or iPhone 7 in slow motion quality even when they share the same 120fps 1080p and 240fps 720p spec. It will be a matter of testing them head to head and see what Google has in store for slow motion enthusiasts. What is clear with the initial samples is that the quality is improved from the Nexus 6P of last year.

We will reserve to rate both phones in our Camera Guide until we have many more samples and comparisons to judge; however take a look at the footage below and also the durability and stabilizer tests posted so that you can get a sense of the quality and build quality you can expect from the Google Pixel phones.

There you have it, looks to be a great phone option that now competes directly for the top Android spot and also giving a pure and updated Google experience. The Pixel phones seem to be good enough to steal many customers from Samsung and Apple and that could catapult Google “Alphabet” to an important share in the high end smartphone market.

The slow motion performance is very good on the Google Pixel phones and gives us renewed hope for better specs in upcoming phones. The feature seems here to stay and improve over time.  One other aspect is that at least in 120fps mode audio is recorded which makes it stand apart of other phones that remain quiet. We will have more on the Google Pixel as samples evolve. Thanks for reading -HSC