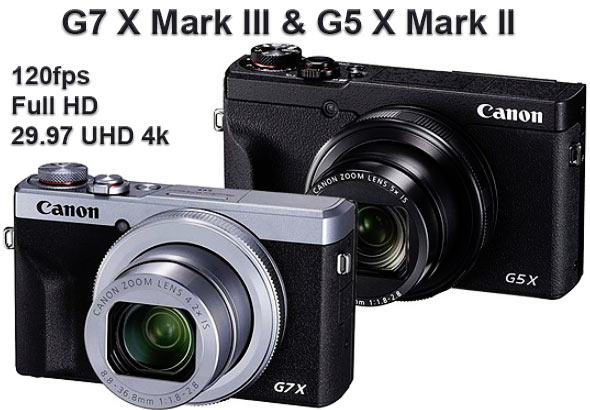 Both cameras sport a 20.1MP 1″ inch Stacked CMOS sensor and DIGIC 8 Image Processor reminiscent of the Sony RX series. We estimate this might be the same Sony sensor employed but without the super slow motion capabilities of 480/500fps and 960/1000fps modes that have made that line of cameras a cut apart. → Continue Reading Full Post ←

The fps1000HD camera has been shipping to the majority of the Kickstarter backers and initially it was limited in scope to a specific ISO, frame rate and other common settings.  That all changes with the latest firmware update which unleashes ISO, resolution selection, and USB3 support for live monitoring , control and real time video transfer up to 60fps.

While the software is still not downloadable it will be in a few days when a few bugs have been squashed. All owners of the fps1000HD will be able to upgrade their cameras and all future shipped cameras will also have the new firmware. → Continue Reading Full Post ←

The second fps1000 Kickstarter campaign the fps1000HD has reached a milestone with full production and all backer cameras to be shipped by mid January 2017.  The camera design was finalized before the campaign so no unforeseen technical problems would impede it’s production.

Most orders will ship via UPS unless a special request is made. The cameras ship with 256GB of Fast Flash Memory that give them a continuous recording of 720p video at 1000fps for up to 2 full minutes which is enough time for 83 minutes when played back at 24p on a video timeline.  The cameras record in DNG RAW sequences so that will be quite a lot of files. → Continue Reading Full Post ← 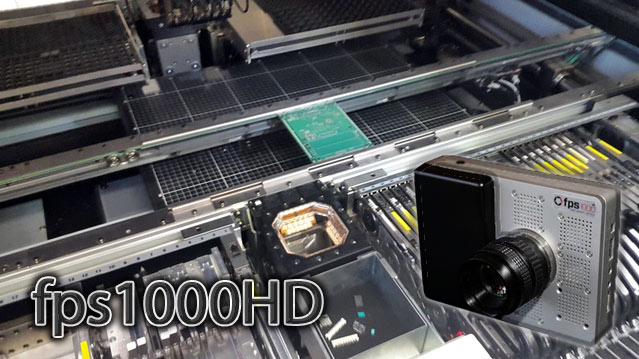 The other update is that due to flash memory chips having density increases on the same die; the fps1000HD cameras will now be shipped with 256GB of fast Flash memory instead of the  128GB initially planned at no extra cost to the buyer.  This effectively increases recording time from 1 minute to a full 2 minutes which is an eternity in slow motion cameras. → Continue Reading Full Post ←

Rowan has been busy building the component assembly pipeline and securing part orders from PCBs to sensors and memory.  According to the update fps1000 HD cameras should begin shipping with near certainty by the end of November or early December this year. → Continue Reading Full Post ←

We also have new images from the case and a few tidbits on what may be possible to do for 3D slow motion which is a a field relegated to a few labs and 3D Hollywood productions that need high speed shots shot in stereo.  The fps1000 HD has an option for you to do 720p high speed video in full stereo to use in a 3D production or scientific endeavor.  It is pertinent to say that other cameras including the edgertronic SC1 and SC2 can be rigged to shoot in 3D easily with Genlock due to their size. → Continue Reading Full Post ←