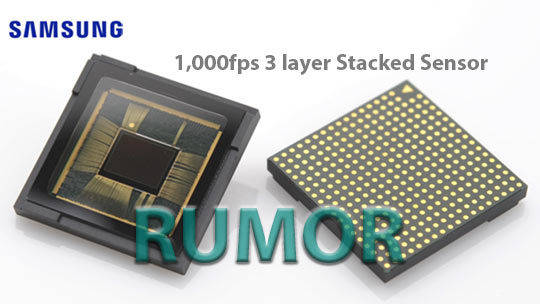 A new Samsung Rumor estimates that Samsung has been working on a 1000fps capable sensor for years now but the latest aims to have it present on their next 2018 flagship phones. These will be able to compete with the Sony Stacked Mobile sensors present on the Xperia XZ Premium and XZs Phones.   The Korean Site ET News has the information on a 3 layer stacked sensor that will allow for 1000fps frame rates on the next generation imaging systems for the Samsung flagship smart-phone line.

If Samsung’s Galaxy S9 debuts with this new stacked sensor technology it will be a first for Samsung to get really serious about slow motion performance on mobile phones.  Apple, Google and Sony have been far above Samsung in Performance for many years and this will be a way for the Korean manufacturer to get the foot in the door and compete with Sony on their own turf.

Full article here at their site!

“Samsung Electronics developed and is going to start mass-producing super-fast image sensor that can take up to 1,000 pictures in a second. With this sensor, Smartphone camera will be able to implement images such as ‘Slow Motion’ that is used to decide whether or not a referee made a correct decision in pro baseball. It is expected that Smartphone camera equipped with this sensor will be useful in capturing an object’s movement in detail such as fixing posture of a person who is swinging a golf club.

HSC- As you can see we will probably see a Galaxy S9 and S9 Plus sporting this chip in early 2018.  The fact that they will ramp up production before year’s end bodes well for slow motion enthusiasts that need a dependable top performing Android phone.    As to the recording time

As to the recording time, buffer size and quality of the recording we cannot really speculate at this time but since Sony has a 1000fps 1080p smartphone chip in the pipeline; Samsung should be at least working on a 1080p solution that could record crisp resolution.  Recording time on the Xperia XZ phones was not ideal at 0.27 seconds which is really limiting. If Samsung can break the 1-second barrier it would become the new king of mobile phone high-speed imagers.  We will be watching closely as this develops. 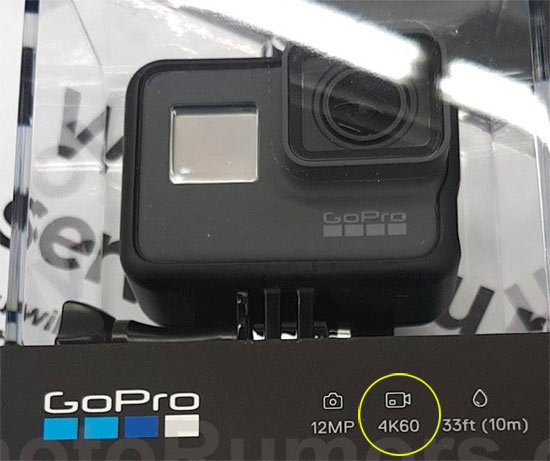 Looks like the GoPro Hero 6 will have 4k 60fps like the Yi 4k+ camera and as you can see below 240fps 1080p recording will also be present. At this stage with Best Buy leaks flowing with finished packaged cameras showing up it is fair to say this Rumor is pretty much fully cooked. 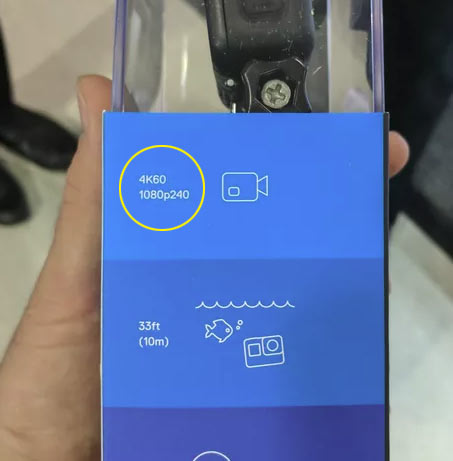 It will be interesting to see the quality delivered at 1080p 240p and if 720p 480fps is present in the camera considering it shoudl have the bandwith performance to do it.  As an interesting tidbit; the Ambarella SoC is not part of the new Camera with GoPro ending the relationship to create their own chip “codename GP1”.  This makes sense since Ambarella has been providing competitors in China like Yi Technology the same exact SoC chips which in turn yield the exact same imaging performance. This, in turn, erodes GoPro sales and creates a climate of over-supply of copycat action cameras.

If GoPro can create a performance gap with the Hero 6 it will be on their own merit with leapfrog specs that should not be easy to copy. What they now have to watch is Sony with their stacked sensor technology and what we saw on the RX0 last week may just be the beginning.  If the Hero 6 delivers what is promised in the packaging it may become our action camera of the year recommendation.  Many will point out that Sony’s X3000 Action Cam is due for a refresh and Sony stacked sensor will probably be included in some way.   It is a win-win situation for high frame rate enthusiasts when companies are one-upping each other to generate high-speed performance. What’s not to love?

We will be covering this and all other high-speed camera releases as they are released. -HSC