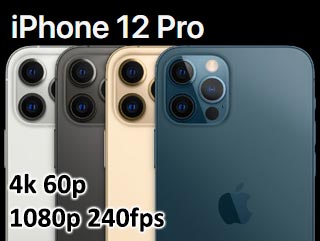 Now that the iPhone X has been released to the public, it is time to examine its slow-motion quality when shooting at 240fps 1080p mode.  There is a lot of expectation for what this phone can do but in the end you will get a mild bump in camera quality compared to the iPhone 7 and the exact same camera module as the iPhone 8 Plus.

It is of note that the phone is smaller than the 8 Plus and that battery life should be about the same since the screen is not feeding that extra real estate.  We were very excited about having 1080p finally hitting 240fps on a phone but as you will see; it may not be as good as claimed.  Looks pretty close to 720p upscaled and quite soft which means information is being thrown away to have the high frame rates. → Continue Reading Full Post ←