The relative camera memory speed and pixel capture rate is very similar between these two behemoths but you have to give the crown to the i-SPEED 726 for the 3 megapixel 8,512fps which brings in a whole new level of temporal detail at above Full HD resolution.  Of course, these cameras do not share their pricing unless you request a quote which you cannot share publicly. However, expect to pay high 5 figures for the best the technology has to offer.

With a large sensor at 13.5 μm pixels and near 35mm diagonal it becomes a very good low light performer which is essential for high-resolution cameras that shoot high frame rates but don’t want to sacrifice image quality due to the artifacts caused by smaller pixel sizes.  The mounting support is very good with both Canon and Nikon F+G mounts supported and the C mount option if needed.

This is an ideal camera for wildlife documentarians and filmmakers who need the next level of frame rate performance for their productions. 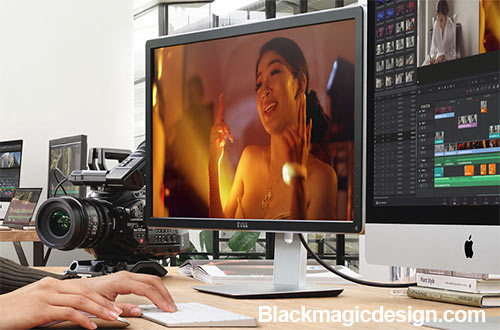 Blackmagic Design may have just solved the problem of RAW video capture for any camera and every type of user. In essence, it gives the benefits of RAW capture while allowing flexibility in file size depending on production needs.  It is a compressed format but by using a clever demosaic algorithm that happens in-camera, it shrinks the file size much more than other formats while preserving quality and RAW features like White Balance, ISO,  exposure,  NR, clarity and color bit depth.

For Slow motion cameras, it may be the codec of the future as it will allow the best quality without the enormous file sizes associated with image sequences like DNG or other RAW formats.  Being open source and free of licenses it aims to be adopted by the entire industry faster than other formats and will be free of the platform-specific nature of codecs like Apple’s ProRes which only works on Mac OS X.  The Blackmagic RAW beta is already available here!

As you can see from the 4k frame size graph above expressed in Megabytes/sec, the codec allows for incredible compression levels close to the best H.264 out there at 12:1 while retaining RAW capabilities. The higher quality levels allow for up to 274 MB/sec if needed for production. Contrast that to regular RAW uncompressed at 548MB/sec and you can see the huge benefits this codec has to offer.

Destin from SmarterEveryDay has posted an incredible video explaining how a lawn mower cuts grass. It is way more interesting and memorable than you might think. The killer feature of mowers turns out to be the air flow generated by the machine which makes it possible to cut the grass even.  The clip goes into detail on how it works and in an excellent series of clips, shows how it looks like at 50,000fps using a Phantom Camera.  Highly Recommended to watch and subscribe to SmarterEveryDay for more great content! -HSC