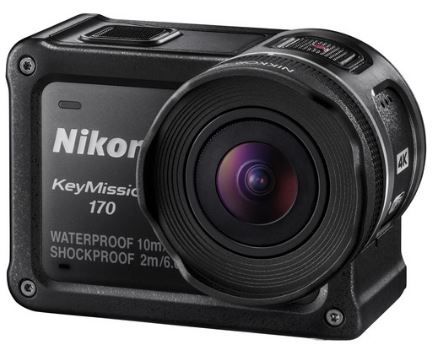 One of the Photokina announcements that peaked our interest was the Nikon KeyMission 170 Action Camera which aims to disrupt the already crowded space of all weather sports segment.  We have a plethora of options from the leader GoPro and close competitors like Sony, Xiaomi, Olympus, Garmin and even Panasonic.  So another entry by Nikon seems to go by unnoticed however this hardware looks to be very capable and can go head to head with the best.

The slow motion capabilities are the standard for high end action cameras here with 120fps at 1080p and 240fps at 720p.  While these are becoming standard frame rates for the most part; there is a clear distinction on quality between cameras with Sony Action Cam being clearly superior in compression with XAVC S to GoPro for example.  ProTune on the Hero 4 and 5 does make a difference but Sony has the edge with an overall better codec that is low artifact. → Continue Reading Full Post ←